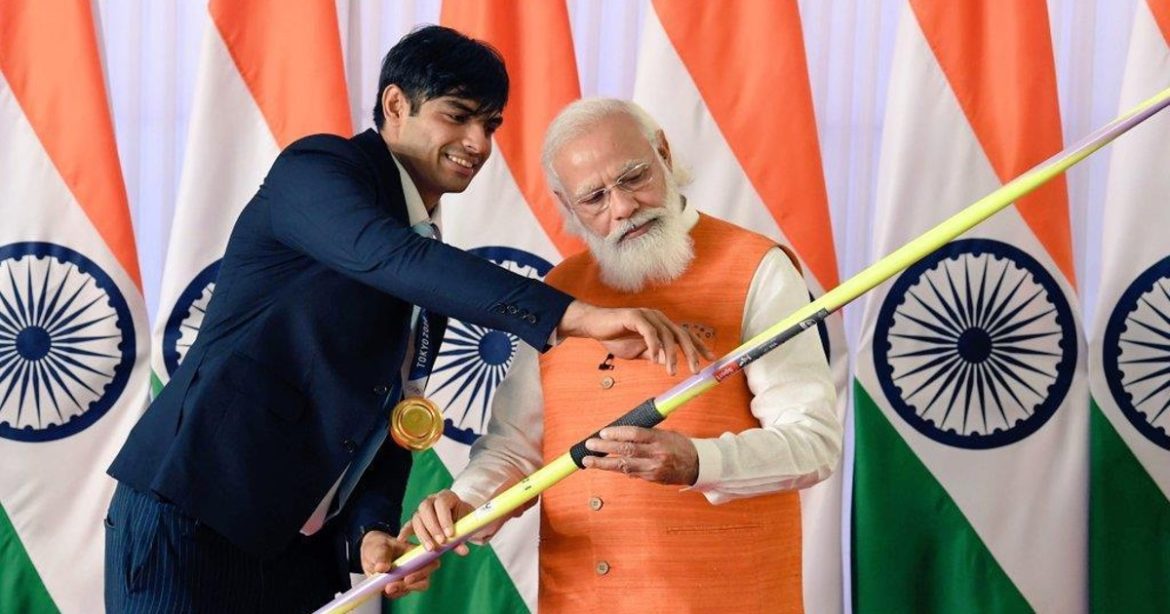 Neeraj Chopra’s Olympic gold medal-winning javelin fetched the highest bid of ₹1.5 crores during the third round of the e-auction of mementoes and gifts presented to PM Modi. The e-auction’s third round was held on from September 17 to October 7 through a web portal. And the proceeds from the e-auction would go to the Namami Gange Mission that has a goal of rejuvenating and conserving the river Ganga. Neeraj Chopra’s javelin was right at the top in terms of the highest bid value. All sports memorabilia of medal-winning Tokyo 2020 Olympic Game and Tokyo 2020 Paralympic Game athletes were up for e-auction.

Neeraj Chopra has been making headlines since the time he made the nation proud with his achievements. Recently, he shared photos of himself and his parents on Twitter on their first flight together. He captioned it, “A small dream of mine came true today as I was able to take my parents on their first flight”. Last month in an Instagram post, Neeraj had said that he has decided to take some time off and compete in the Asian Games and Commonwealth Games in 2022.

A small dream of mine came true today as I was able to take my parents on their first flight.

Back in July, Prime Minister Narendra Modi had a video call with the Tokyo Olympics bound Indian atheletes. During that interaction ace shuttler, PV Sindhu told PM Modi that she can’t have her favourite ice cream due to dietary restrictions. After which PM Modi promised her that he will have ice cream with her after the competition concludes. Similarly, India’s star javelin thrower Neeraj Chopra in an interview with ESPN revealed that he wished to have sweet churma after his gold medal win at the Olympics. Well, both athletes could fulfil their wishes as PM Modi hosted the Indian contingent of the Tokyo Olympics for breakfast on August 16. Here’s what happened.

Olympians Who Made India Proud Meet PM Modi For Breakfast

Prime Minister Narendra Modi fulfiled his promise to two-time Olympic medallist PV Sindhu when he treated her to ice cream at his residence. The entire Indian contingent of Tokyo Olympics 2020 were invited for breakfast at the Prime Minister’s residence on August 16. Gold-medallist javelin thrower Neeraj Chopra was treated to his favourite mithai churma. The javelin star had earlier quoted that Pani Puri was one of the best street foods for athletes. 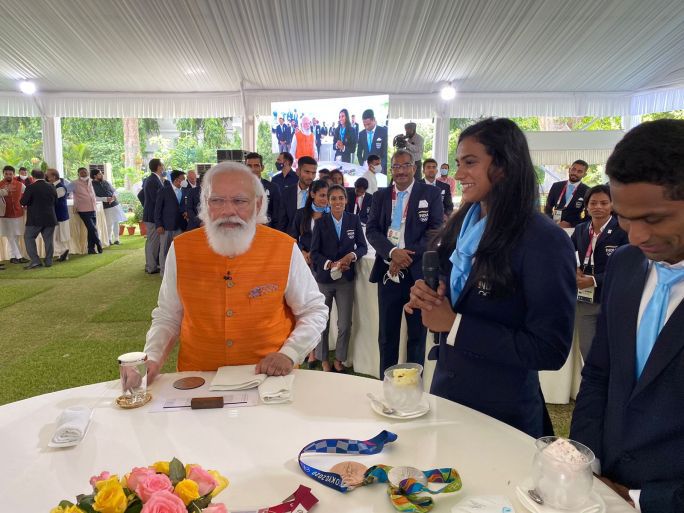 The wrestling contingent including Ravi Dahiya and Bajrang Punia who won silver and bronze medals respectively in freestyle men’s wrestling also interacted with PM Modi. The Indian men’s hockey team who won a bronze medal at Olympics 2020 ended India’s 41-year long wait for a medal in the sport. The hockey team presented the Prime Minister with an autographed hockey stick. The athletes were all also invited to the Red Fort to celebrate India’s 75th Independence Day on August 15. India registered its best Olympics performance at this year’s games held in Tokyo, bagging 7 medals including 1 gold medal.