Despite Losing Leg In Accident,…
From Kulfi Paan To Perfume…
Dine Inside A Natural Cave…
10 Best Ladies Night In…

Delhi is home to many happening street food joints. Pizza Delight in Bhagwan Nagar is not your ordinary street food stall, because it’s run by an incredibly inspiring man, who has an extraordinary story. 37-year-old Sanjay Dubey hailing from Uttar Pradesh started Pizza Delight in 2015 after he lost his leg in a tragic accident. Just when life seemed to knock him off, he got up stronger and took his obstacles with a pinch of Italian seasoning. Here’s his inspiring story.

Sanjay Dubey Worked As A Customs Clearing Agent In Delhi

Hailing from Pratapgarh, in Uttar Pradesh, Sanjay Dubey comes from an agricultural family. He shifted to Delhi in 1998 in the hope of a better future. Sanjay got a job at a Container Corporation as a customs clearing agent. He revealed to The Better India that he worked hard and earned a monthly salary of ₹8000. Things were good for Sanjay. After working in Delhi for years, he returned to his village in Pratapgarh in 2014. The roads in his village didn’t have street lights. While riding his bike one night, he didn’t see a truck on the opposite side as its headlights weren’t turned on. Sanjay assumed it was a smaller vehicle but before he could realise he was hit by the truck. Little did he know, this one accident would change his life forever.

He Lost His Leg In A Tragic Accident In 2014

According to The Better India, after the accident, Sanjay Dubey was admitted to PGI in Chandigarh for around a year. Unfortunately, the injuries to one of his legs was so severe that it was amputated. After a year, Sanjay went back to Delhi and wanted to join his old job back. But his job was denied due his ill health and the accident being a reason. Spending almost a year on bed rest, then having been laid off from his job dejected Sanjay. It was a very difficult phase for him, but he didn’t lose hope. He wanted to get back on his feet. The next few months were spent shuffling between his hometown in Uttar Pradesh and his brother’s house in Delhi. Finally, in 2015, Sanjay Dubey got an artificial limb, and this gave him a beacon of hope. 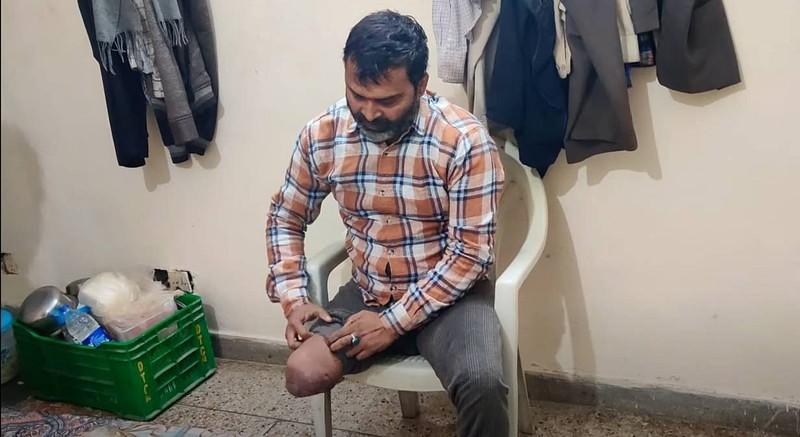 Learnt To Make Italian Food & Opened His Own Stall

Spending time in Delhi, he was inspired by the array of street food joints and he wanted to open his own food stall. So, he started learning to cook pasta, pizzas, garlic bread and sandwiches. Sanjay spent 6 long months teaching himself to make delicious food. But opening his own street food stall wasn’t easy, especially since he had to stand for long periods of time near a hot oven, which might impair his artificial limb.  But he was not one to quit. Sanjay invested ₹20,000 of his savings from his previous business to set up a pizza and pasta stall in collaboration with his friend in 2016. His freshly baked pizzas and pasta spread their aroma across the street and attracted many foodies. Just when he seemed to be hitting his mojo, the coronavirus pandemic swept street food vendors across India, leaving Sanjay Dubey jobless again. 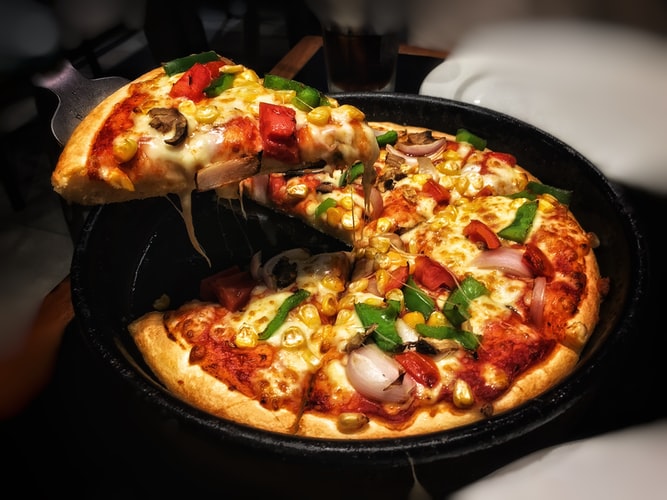 The COVID-19 Pandemic Put A Halt To His Business

A man who met with a tragic accident, lost his leg and his job, wasn’t one to let even the COVID-19 pandemic get the better of him. Despite Sanjay being penniless and having to put a halt to a business that ran smoothly, he waited patiently to reopen his stall again. With a ₹50,000 loan from his friends and family and help from his uncle he opened Pizza Delight in Bhagwan Nagar near Phase 2 Sidhartha Nagar. Today, you’d find him serving customers with a pleasant smile of his face. 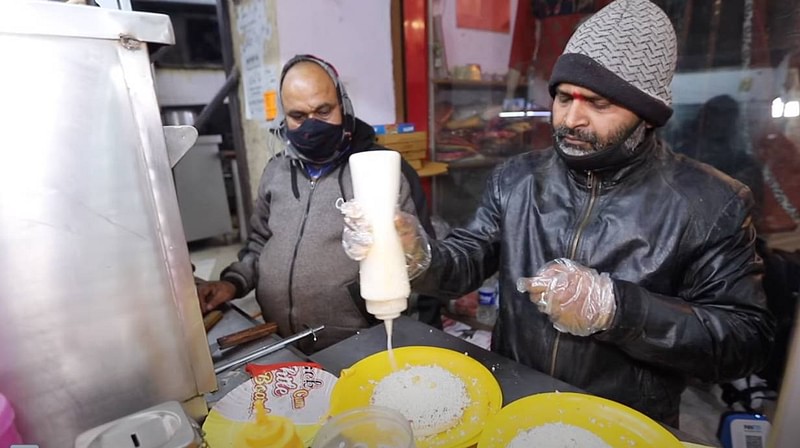 You can choose from a variety of lip-smacking pizzas that come in small and large sizes. Some of his bestselling pizzas are Garlic Special Pizza and Special Triple Cheese Pizza. Pasta fans can devour his cheesy baked pasta that come in half and full sizes. The pizzas and pasta start from just ₹50.

Visit his stall anytime between 4 pm and 10:30 pm and munch on his Italian creations, served to you by the inspiring man himself.