Raise A Toast At Kolkata’s Very Own First Microbrewery 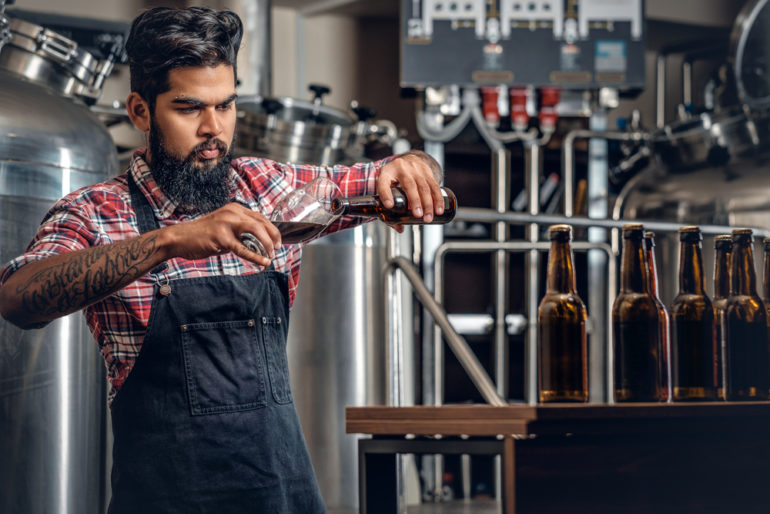 The Brewmaster, Punjab’s 1st microbrewery, is now at Kolkata with a host of their signature freshly brewed flavoured beers. From Mango Beer to Vanilla Beer, you can find a variety of flavours brewed by the masters of The Brewmaster. Besides, their menu is quite an impressive amalgamation of both popular and unconventional drinks which also include Beer Cocktails.

The Brewmaster is a treat for every beer lover, introducing new flavours with its kill of brewing fresh beers in more flavours than one. Besides the exotic beer cocktails. the signature beers of The Brewmaster family is not to be missed. The Mango Beer, IceBrew Beer, Banana Beer, Rice Beer and the Cheetah – “a dry stout ale with distinctive coffee flavor, creamy head, brewed using specialty black and hops.” – are only a few of the lot. The Brew Master Brew, which is an ever-changing selection of beers introduced every week, brings variety to a dynamic menu.