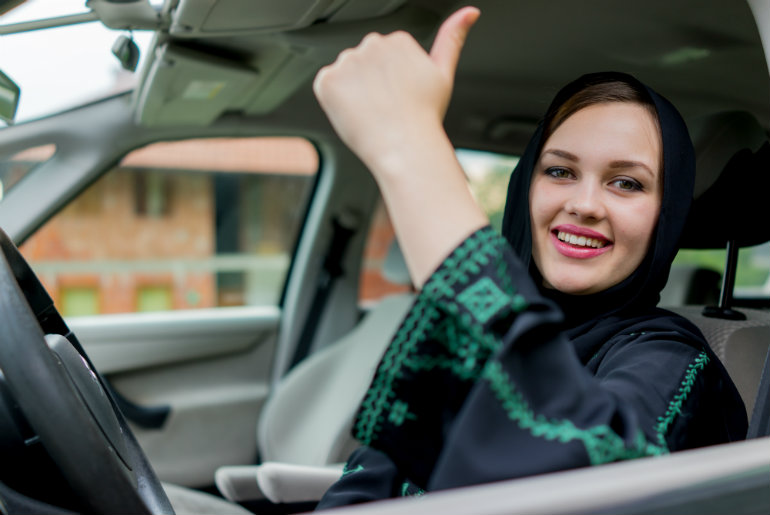 In 2018, the Crown Prince of Saudi Arabia, Mohammed Bin Salman, made the move to uplift the ban on driving for women in Saudi Arabia that has been going on since forever. The end of the driving ban allowed more flexibility for Saudi women to join the workforce. The uplifting of the ban got Saudi Arabia in line with the rest of the world. Hiring women is one of the important aspects of Saudi Arabian vision which is called the Vision 2030 by the Crown Prince.

Nearly four years after the historic decision to allow women to drive in Saudi Arabia, there is another new development. The Saudi General Directorate of Traffic will now allow women to drive taxis and become taxi drivers. A statement issued by the Saudi Traffic Department mentions that women can apply for a general taxi license at any of the driving schools in cities across Riyadh, Jeddah, Jazan, Asir, Najran, Jouf, Hail, and Taif. What’s more, SR 200 ($53) will be the cost of applying for the license.

Saudi Arabia has allowed women to adopt the profession of taxi driver, in a move to make them independent.#womenempowerment #saudiarabia #women #drive #taxis pic.twitter.com/utumGmmtYB

Uber Will Help Train The Women In Saudi Arabia

Uber and Careem have also embraced the decision made by the government and are helping more Saudi women to drive and take up jobs. Uber has come up with a “Greenlight Hub” that will allow women in Saudi to register and get trained to become new drivers.

Saudi women took the wheel with gusto, steering their way through the busy city streets, minutes after the decades-old ban on women drivers was lifted in the country.https://t.co/T9Jx6UMcAU