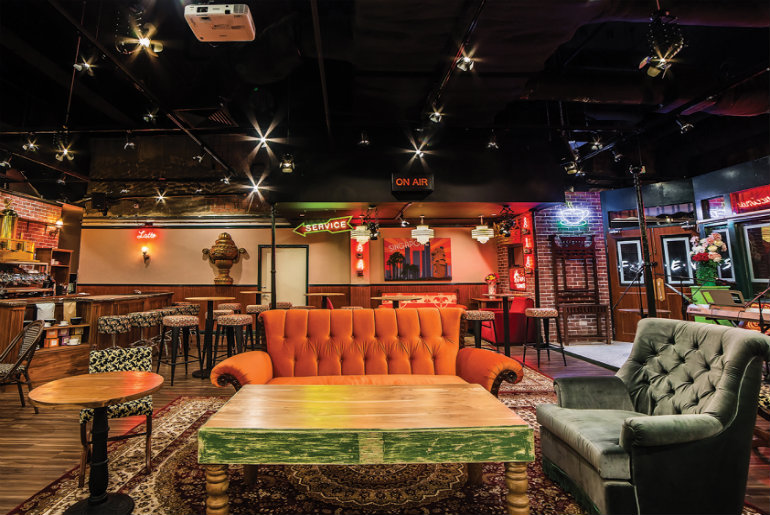 Visiting Singapore and a huge fan of F.R.I.E.N.D.S? then you surely need to visit Central Perk which is one-of-a-kind cafe based on an American sitcom F.R.I.E.N.D.S.

Singapore is home to Central Perk Cafe which is based on one of the most popular American sitcom FRIENDS. It’s a place where all the characters in the show use to meet and hang out. It has been exactly replicated from the show as if you have been transported to sets of FRIENDS, with the same orange sofa, neon boards, brick walls and much more. It is located in 1 Magazine Road, Central Mall Singapore with the nearest MRT Station being Clarke Quay.

Also Read: Dubai’s No. 1 Show, La Perle By Dragone Is A Must-Watch Being the only official Warner Brothers licensed café outside of the United States, you can order coffee named after your favourite characters. While you are sipping on the signature brews of Central Perk, enjoy watching your all-time favourite sitcom F.R.I.E.N.D.S. They have also replicated Monica’s kitchen from her New York apartment where you could take a perfect picture to make your friends jealous. They also sell exclusive Nespresso coffee capsules named after the characters which include a Hot Chocolate flavour.