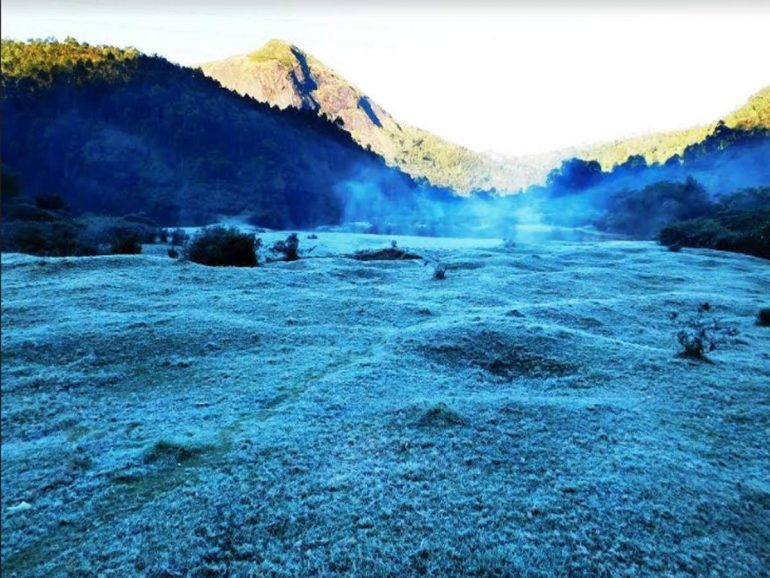 North India may be taken over by the cold wave, but so is South India. In certain parts of Kerala, temperatures are dropping below zero degrees with snowfall!

Earlier this week, Munnar hill station was covered in a blanket of frost as the temperatures dropped to minus 3 degree Celsius. Not just Munnar, other places across the South including Coimbatore, Nilgiris, Dindigul, Kodaikanal, Ooty and Valparai have shown temperatures as low as minus 4 degree Celsius. As it turns out, it’s not just the North, but the South of India has also been engulfed by the cold wave and will continue to be engulfed for the next few days. Tamil Nadu, Kerala, Bengaluru and Mysore will experience lower temperatures than normal for another week. With the weather change, nearly 50 flights across South India have gotten affected due to the cold wave. Some flights are being delayed and some have been diverted because of heavy fog.