When we think healthy, light yet filling, there’s probably one dish that would come to your mind, Subway. The 5-foot long Subway sandwiches filled with fresh veggies, crispy or cold patties and oodles of spicy, sweet and tangy sauces are super delicious. Interestingly, Subway India may soon be bought by the billionaire, Mukesh Ambani’s Reliance Retail. India’s richest business tycoon after purchasing Hamleys has his eyes on the popular restaurant chain Subway.

With around 600 restaurants spread all across the country, Reliance Retail’s deal with Subway India would be valued anywhere between ₹1,488 to 1,860 crore. Ambani, the richest man in Asia after dabbling in online retail, online pharmacy, fashion, furniture and music, now wants a bite of the QSR( Quick Service Restaurant). Subway India can diversify Reliance Industries’ entry into the QSR sector that will help them directly compete with major global food brands like McDonald’s, Domino’s Pizza, Burger King, Starbucks, Pizza Hut and more. The American fast-food giant Subway specialises in the sandwich business by operating regional master franchisees in India. 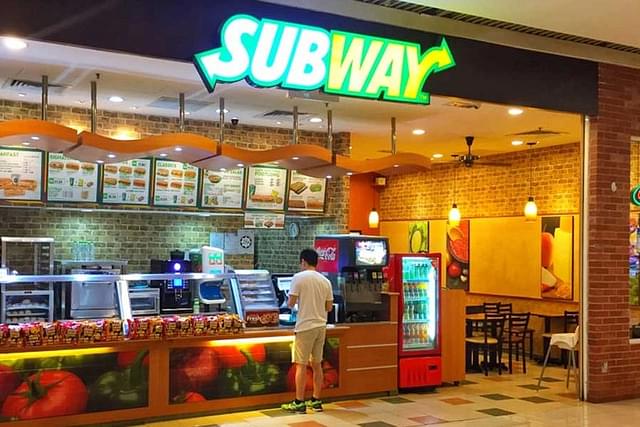 Also Read: World’s Largest Zoo To Be Built In Jamnagar Featuring Birds & Animals From Across The Globe

Currently, Subway is undergoing a massive overtake under chief executive John Chidsey to cut costs, move headquarters and global workforce amid sinking sales amid the coronavirus pandemic. According to an ET report, there’s also speculation of a worldwide takeover. Subway doesn’t own a single store in India. It rather collects 8 per cent of the revenue from each franchisee. In India, it has around 6 per cent market of ₹18,800 crores. While Suway as a brand may not be profitable now, it works n the franchisee model in India. Meanwhile, have you tried the 1-kilo hulk sandwich.