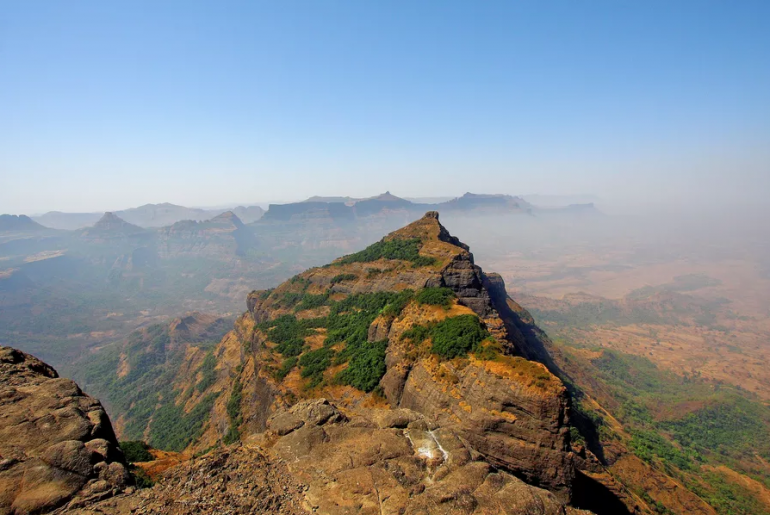 Harishchandragad Fort is a hill fort in the Ahmednagar district which makes for one of the most challenging treks in the Western Ghats of Maharashtra.

Harishchandragad Fort is situated in the Maslej region of the Western Ghats in one of the most famous hill forts located in Ahmednagar district of Maharashtra. It is an ancient fort known for its scenic beauty and picturesque landscapes of the surrounding region that makes for breathtaking views from the top. Located at a proximity from Kalyan, Harishchandragad trek is one of the most challenging treks to undertake in the Western Ghats. Climb one of the biggest cliffs, Konkan Kada that looks down upon the Konkan with stunning views. It’s a steep climb of about 80 degrees to a concave cliff that looks like a cobra’s hood. This ancient fort has remnants of various Puranas that are ancient scriptures like Matsyapurana, Agnipurana and Skandapurana include many references for Harishchandragad. Its origin goes back to the 6th century, during the reign of Kalachuri dynasty.

The Fort makes for great stories to narrate for any trekking enthusiast.