Live Inside The Buubble – A 5 Million Star Hotel In Iceland 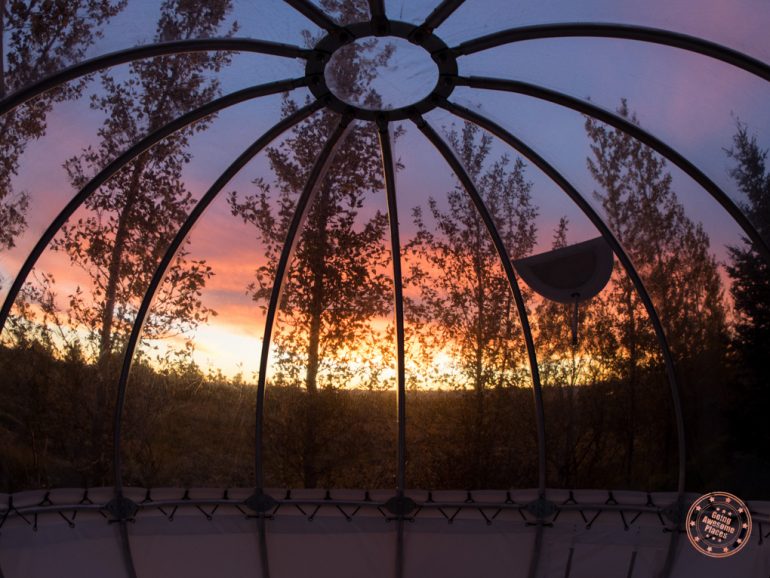 What if we told you that we found a hotel that is not just a 5 Star but a 5 million star kind’ve place? The Buubble is everything you’ve dreamed of and more.

Remember all those childhood fantasies of sleeping under the stars, being one with nature and just watching the night sky glow and dance? We’ve found a way to make all those camping adventures written in Enid Blyton books come true.

In a land far, far away – Iceland – lies The Buubble. A place where you actually count over a million stars (if you get that far). We’d even go as far as saying that this is the best way to see and experience the Northern Lights. The best part about The Buubble though is that even if you don’t get to witness the Aurora Borealis, and I know quite a few people who didn’t, you will get to see a million, dazzling stars and the feeling is simply incomparable. The Buubble lies right in the middle of an (enchanted) forest and is everything you’ve dreamed of. Ummm, that is if your dreams involve a bouncy castle of sorts and views that mesmerize you. The Buubble is a plastic, transparent bubble fitted with a comfy mattress for two. They also allow a kid up to the age of 12. A sky full of stars

What Makes The Buubble So Special?

Okay, so the only way to actually watch the Northern Lights is in the middle of the night, with no pollution. Oh and you can only see it only in the winters – in Iceland! You know what we’re saying right? The average temperature in Iceland is anywhere between -10 degrees to -30 degrees! Brrrr! For a girl who likes the AC temperature at 25 degrees in Mumbai, this can be a nightmare. Enter – The Buubble! It is fitted with a small electric heater making the bubble nice and warm.

Not only do you not have to travel to a remote part of Iceland to see it but you also get to witness the light show right from the comfort of your own bubble! Bubbling In A Winter Wonderland

Of course, the night sky is spectacular but not enough praise is given the spectacular sunrises in Iceland – especially one over the forest. Just like the Northern Lights, you’ll never know. The location is kept a secret until a day prior to arrival. All we can tell you is that it is close to the.

Pack light. The bubble doesn’t have much space for a roller suitcase and you may have to leave it outside. The best thing to do would be to book yourself into a hotel at Reykholt and head over to The Buubble.

There’s a spacious outhouse for showering and other activities. This is a shared space with guests from the other bubbles. Although, the Secret Lagoon is just 15 minutes and who needs a shower when you get to take a thermal spa instead?