The Glowing Orange Firefall Waterfall In Yosemite Is A Spectacle; Netizens Awestruck 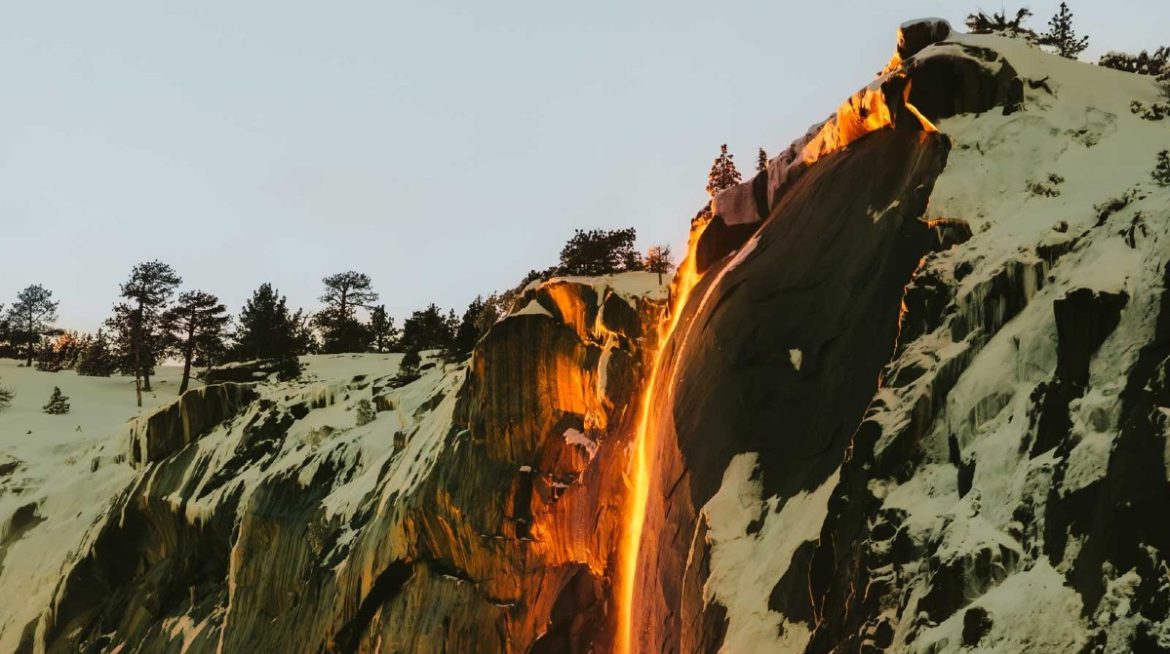 Every year, the Yosemite Valley in the US attracts a lot of visitors for a surreal phenomenon known as the ‘firefall’. It is an evening spectacle that occurs when the reddish-orange rays of the setting sun fall on the Horsetail Fall. However, the optical illusion is seasonal and takes place around mid and end February, when there is enough of snowfall and sufficient warmth to melt the snow. Also, the skies need to be clear so that the waterfall can illuminate with the sun’s rays. The Horsetail Fall is inside the Yosemite National Park in Sierra Nevada, California. The park has put restrictions on the number of visitors this year due to COVID-19. But as conditions were favourable, the firefall occurred and its videos went viral on the internet, leaving netizens mesmerised. Read on to know more. 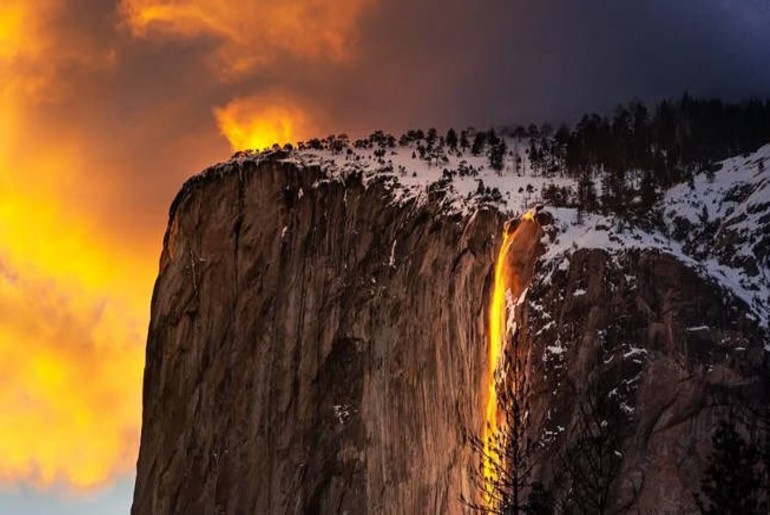 Also Read: Kaieteur Falls In The Amazon Rainforest Is The Largest Single-Drop Waterfall In The World

Fire Falling Down The Mountain…

What looks like molten lava falling down the mountain at Yosemite Valley is actually a waterfall, blazing under the bright rays of the setting sun. The twilight phenomenon happening at the Horsetail Fall is nothing short of a feast to the sore eyes. Horsetail Fall’s firefall is the highest fully airborne waterfall in Yosemite. It is a seasonal waterfall with two distinct streams. Coming from El Capitan mountain, it falls steep for about 1,570 feet spraying a magnificent mist before dropping another 500 feet to touch the ground.

Yosemite Firefall (yesterday). That’s #photons on water folks, not #fire I regret I was not there but The Mighty Bill Newsome was, and inspired me to never miss this event again. #yosemite pic.twitter.com/b2yasih46L

Also Read: This Waterfall In Brazil Swallows You Into A Cave And Spits You Out In A River

A Rare Spectacle That’s Seasonal Too

The last two weeks of February turn the waterfall into a rare spectacle. With the right weather conditions, its blue water turns into orange-gold. Luckily, the phenomenon occurred this year and several tweets have been shared on it. See the captivating videos of the natural wonder here:

Also Read: This Hidden Village With Lakes And Waterfalls Is A Charming Getaway Near Hyderabad

A waterfall was lit up by the Sun, creating a 'firefall' in Yosemite National Park.

Horsetail Fall in Yosemite National Park becomes a spectacular "Firefall" when the setting sun illuminates it.

The Firefall occurs only in wintry February. Source @bethprattpic.twitter.com/e32lMungCc

There are many convincing reasons to visit the US. This is definitely one of them.