The World’s Largest Cruise Ship Has Waterslides And A Zipline 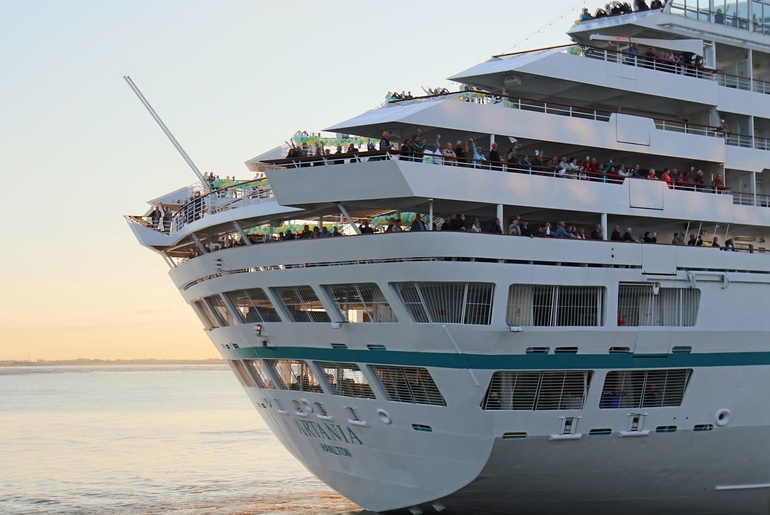 Royal Caribbean beats its own record by launching a new cruise ship that has an ice-skating rink and a zip line too!

The world’s largest ship which is 1,118 feet long and weighs 228,000 tonnes, was acquired by the Royal Caribbean before its first maiden voyage. The world’s largest cruise ship Symphony of the Seas first set sail in March from France and into the Mediterranean.

Also read: Around The World Cruise Sails Through 32 Countries And All 7 Continents The ship is equipped with all the modern amenities, it has over 2,700 guest rooms, including two-storey family suites that have a slide connecting the second and first floors and 18 decks. The cruise ship also boasts an ice rink, a basketball court, aqua theatre, climbing walls and a zip line.

Also read: Take A Cruise To The Amazon Of The East In This Unique Sailing Adventure For your entertainment, the ship also includes the Broadway show ‘Hairspray’ and in the Aqua theatre, a show titled ‘HiRo.’ The food and dining options include a Mexican food joint called El Loco Fresh and other seafood options, a fusion food Wonderland, Jamie Oliver’s Italian dining venue, Japanese cuisine at Izumi and 150 Central Park for American blends.

Also read: Virtual Tour Of One Of The Most Luxurious Cruise Ships In The World The ship has been built by the French builder STX and it took two years to construct the world’s largest ship, it is the 13th ship that the company has built for Royal Caribbean.