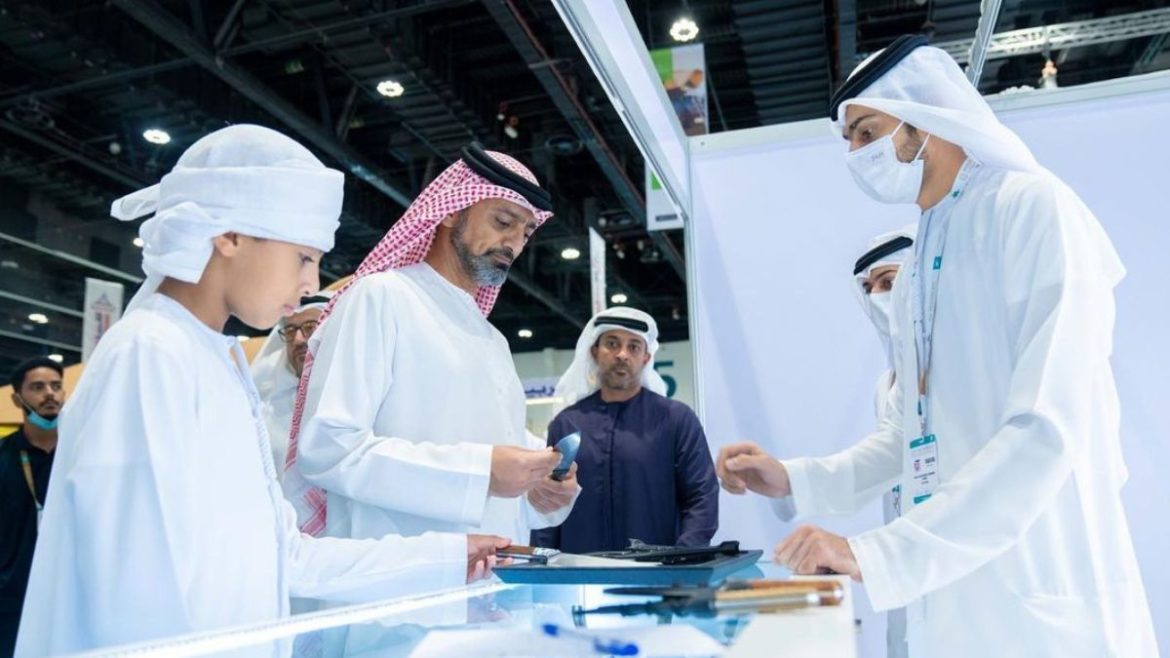 Ras Al Khaimah has carved his career out of something unique. Abdullah Al Ahmed has literally made his employment out of making knives. As unique as it sounds, this profession is something that is a niche business. Away from the outward distractions, it’s only him and his knife-making material in the workshop. The artisan is slowly rising to push his name to the top of the crafter list.

Emirati Knife-Maker Forging His Way To The Top

The knife-maker explored this side due to lockdowns and border constraints brought on by the outbreak. Mr Al Ahmed converted a room in his Al Rufa home into a studio. It was only a vision two years ago. Following his college graduation and in the face of a Covid-19-enforced world lockdown, Mr Al Ahmed picked up knife-making again. It was initially a past-time that sparked due to his father’s assortment of camping blades.

Abu Dhabi International Hunting and Equestrian Exhibition (Adihex) is a yearly event. The Abu Dhabi National Exhibition Centre has made its selection of knives its main draw.

Origin Of His Knife-Making Business

Oryx Custom Knives, which began as a little investment of a few thousand dirhams, is now a fully developed business. He produced the logo, which is a modernist interpretation of the well-known antelope species indigenous to the Arabian Peninsula. From modest camping tools to cooking blades modelled after Japanese chef knives, he offers a variety of knife lines.
Also Read: Run A Business In UAE From Anywhere In The World With The Virtual Visa License

He carved his most expensive knife out of Damascus steel. The swirling designs make it cost several thousand dirhams.