This Bangalore Pastry Chef Carved A Flute Entirely Out Of Chocolate & Played AR Rahman Hits On It! 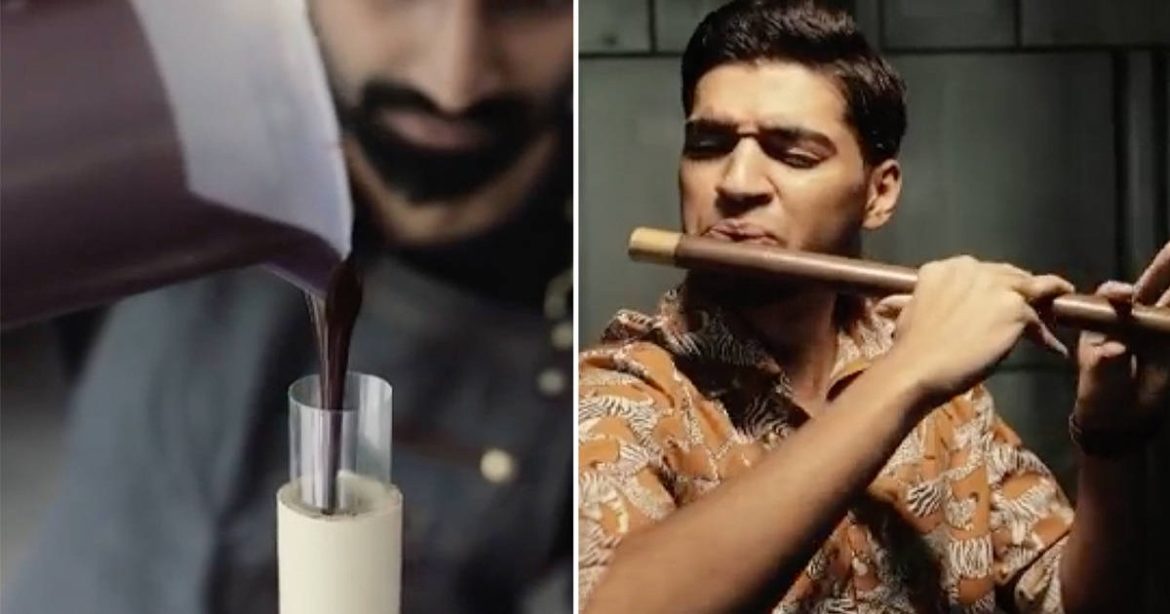 Not too long ago, a pastry chef and a flutist walked into a bar and played what appears to be the world’s first-ever playable chocolate flute. Indian chef Vinesh Johny asked friend, flutist Parth Chandiramani, to be his partner on this delicious project. Vinesh used his specially-crafted pastry tools to meticulously craft every inch of the flute. The Bengaluru-based chef released his chocolate flute to the world in a video on Instagram.

Vinesh Created An Actual Flute Entirely Out Of Chocolate

Vinesh took to his Instagram profile to write “It took a lot of time and research understanding the intricacies of making a wind instrument, to finally create an actual playable flute entirely out of chocolate. This mad idea could only happen with one of the greatest flute players in the country, my friend @parth_chandiramani. Is this the world’s first playable chocolate flute, can @guinnessworldrecords confirm this?”

The Flutist Played Urvasi Urvasi On The Chocolate Flute

In the post, he also credited Chandiramani for bringing his chocolate confectionary creation to life. “This mad idea could only happen with one of the greatest flute players in the country.” Chandiramani added on his Instagram: “Vinesh Johny came up with this brilliant idea of making a flute entirely out of chocolate. It was such a fun experience seeing this fabulous idea come to life. Thank you Vinesh for giving me the honour of playing this delicious chocolate flute. “I didn’t just get to play it, I got to eat it too!”

The flutist demonstrated his friend’s creation with ‘Urvasi Urvasi’, composed by A.R. Rahman. We look forward to hearing Beethovan in this chocolate flute.

Tiranga Barfi Made For India’s Freedom Struggle To...

5 Healthy Green Smoothies To Load Up For...