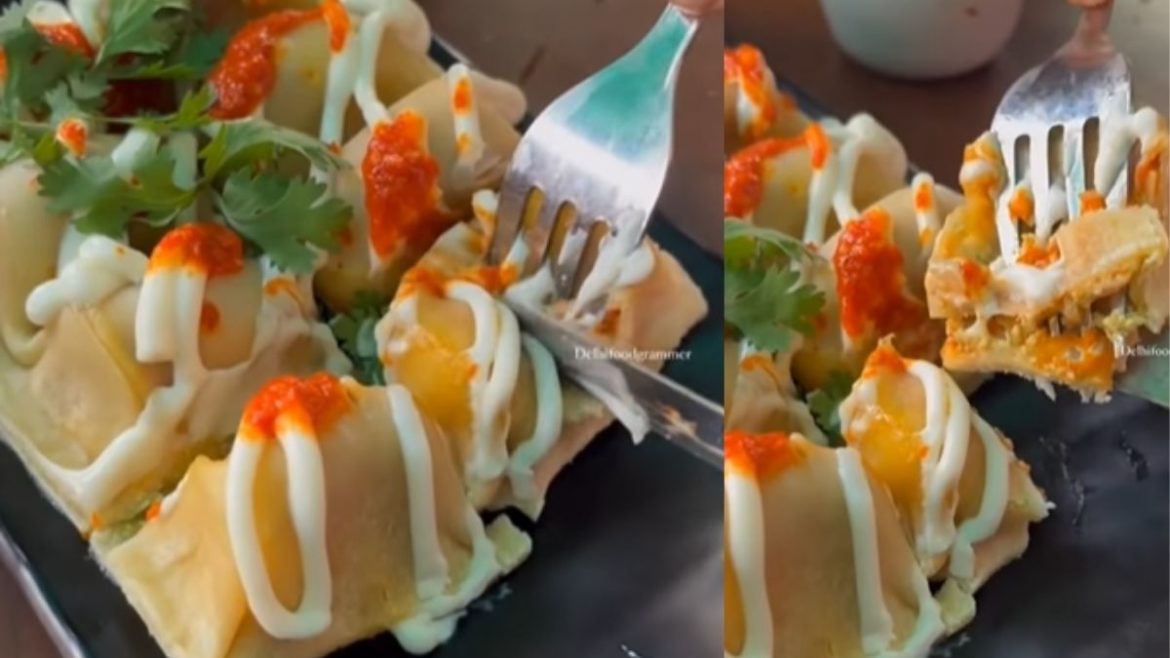 Who doesn’t love momos? These little bite-sized dumplings made with yummy stuffing wrapped in a dough have won so many hearts by far. These dumplings belong to Tibet and are usually steamed. There are so many variations today in the market from steamed to steam fried to fried momos. For all those people who haven’t got enough of the variety of momos available in the market, we have something new for you, Ice Cube Momos.

An eatery in Delhi named Kuch Bhi Chalega thought of bringing its customers something new and that’s when it added Ice cube momos to the list. The ice cube momos retain the value of steamed momos made out of delicious stuffing wrapped in dough while ditching the shape of traditional momos. The dough and the filling are all put into the ice cube tray, where the tray holding the dough has stuffing filled in the hollows and then steamed like normal momos. The dish is simply going viral because of its uniqueness.

You might have come across a lot of variety of momos on the streets or on the internet itself. There are so many of them, from tandoori momos to Jhol momos, open momos, etc. The difference is the stuffing plays the whole game with your taste bud. There is also a place called Game of Momo that serves about 70+ varieties of momos.