This Malad B.A.S.E Jumper Tests Gravity Each Time He Jumps Off A Fixed Object 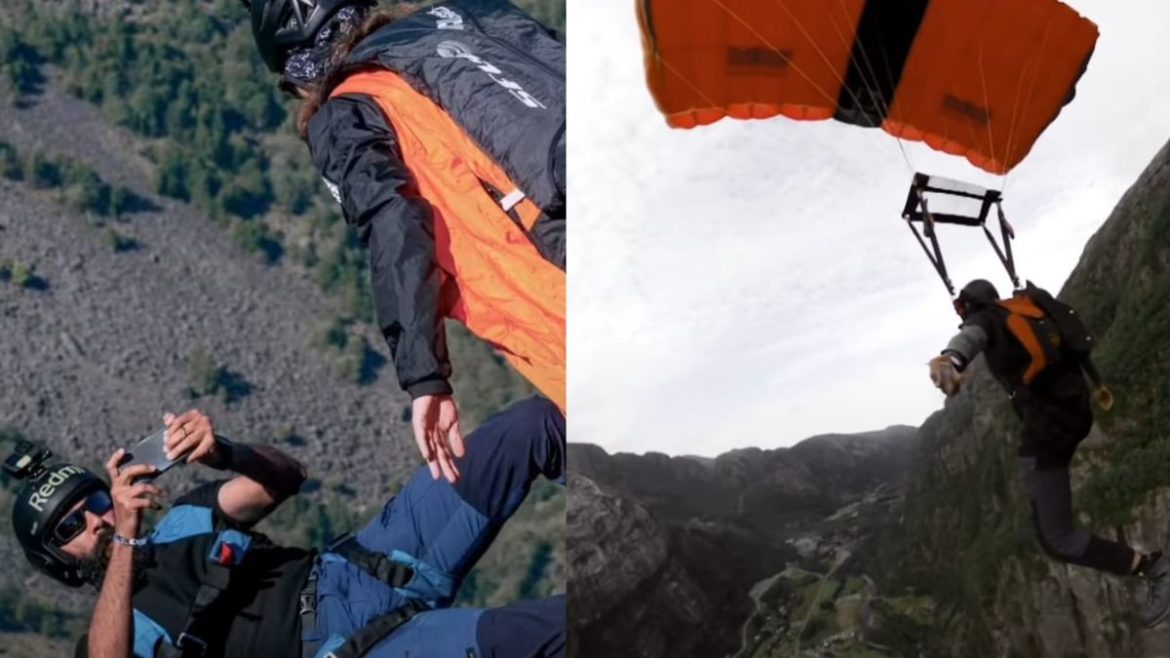 A 39-year-old from Malad, Mumbai, is making headlines daily because of his great jumping skills. Also known as the ‘Superman from Malad’, Sajid Chougle is a B.A.S.E. jumper, who jumps off buildings, antennas, and bridges to earn a living.

B.A.S.E jumping is a recreational sport that involves jumping from a solid object, usually less than 2,000 feet. And then, using a parachute to descend to the ground, unlike skydiving where you jump from an aeroplane.

His Instagram bio reads that he is a professional gravity tester. His adventurous social media posts are proof of his thrilling profession. He also designs educational games for children.

Chougle’s passion for show jumping began 13 years ago when the telecommunications graduate moved to Philadelphia, Pennsylvania, to find work. Chougle in a conversation with Mid-Day said that he was involved in adventure activities, ranging from cycling to water sports. He added that a colleague suggested he try sky diving.

Also read: These camps situated in the deep reaches of Wayanad are surrounded by lush forests

The instructor told him to get serious and get a license. Because, after completing 25 jumps in a month, a person becomes eligible to get a license.

Chougle, now has a C license, as he decided to pursue his passion instead of his regular job. So he retired in 2011 and moved to India. At that time, there was no promising aero sports community in India. However, Chougle created e-learning content for companies on adventure sports like rock climbing, mountaineering, and B.A.S.E. jumping. Seven years later he devoted his life entirely to aero sports.

The adventure junkie has successfully done free fall jumps in Goa, Himachal Pradesh, Maharashtra, Telangana, and Karnataka. While this was within India, he has gone free-falling in Norway, Sweden, and Malaysia.

How Does This B.A.S.E. Jumper Earn In This Field?

Currently, after years Chougle knows how to earn in this field. To be specific, he creates content for his fellow adventure enthusiasts and leads collaborations with brands and tourism organizations.

Well, this was all about Sajid Chougle’s out-of-the-box life. Would you like to test gravity too? Let us know in the comments below.