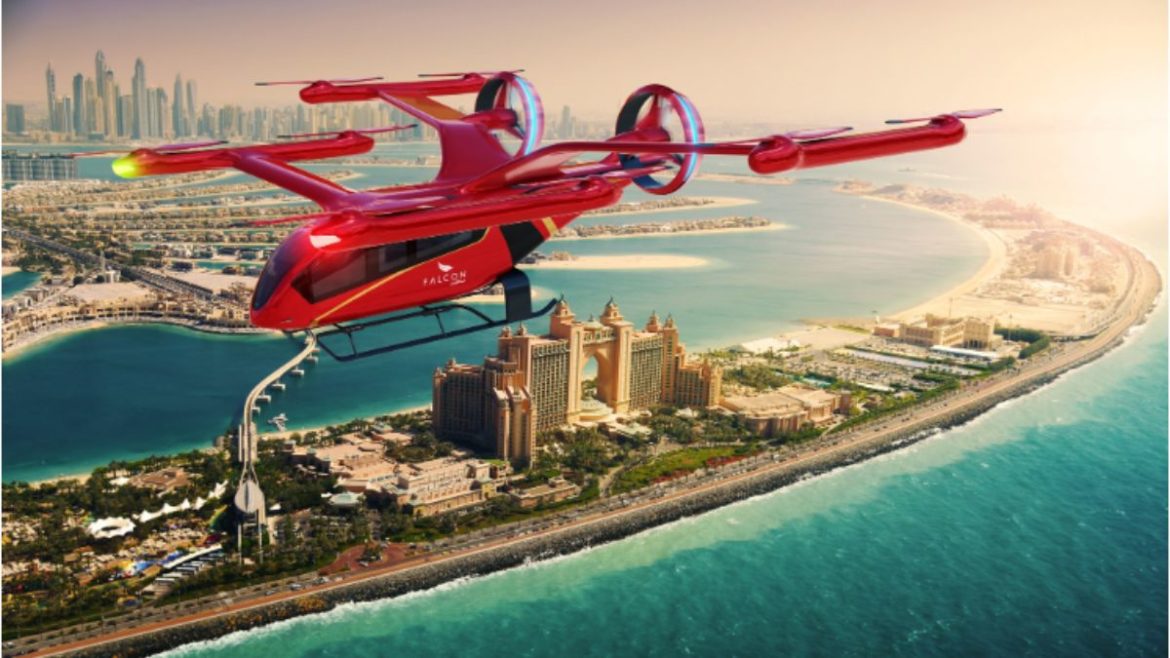 Dubai sometimes seems to be heavily graced with technology. Be it the legal system or travel, Dubai never lags behind. Talking about travel, Dubai will now have flying taxis to enhance the air mobility of its urban region. The world’s first flying taxi will grace Dubai skies sooner than you think! The fully electric aircraft can carry two people and is quite equipped with a lot of other features.

The alliance will launch the first eVTOL (electric vertical take-off and lift) passenger flights from the Atlantis, The Palm in Dubai. It will have deliveries slated to begin in 2026.

Also Read: 5 New Modes Of Transport That Will Hit Dubai In 2020

According to the release, Eve and Falcon will cooperate with local partners and officials to encourage the development of the UAE’s urban air mobility ecosystem.

Why Is Flying Taxi An Important Initiative For Dubai?

Electric air taxis are gaining traction as a new area of the aircraft industry. The first prototypes of their design are nearing completion and developers looking for funding through a variety of channels. This includes special purpose acquisition firms (Spacs).

In an effort to reinvent brief travel, start-ups are competing to build, license, and produce electric aircraft. Electric flying taxis are a notably famous initiative in urban areas. The reason is, that the governments aim to cut emissions in order to combat climate change.

Volocopter is the world’s first fully electric and manned aircraft with safe vertical take-off and landing.

The vehicle stole the show for its technological capabilities and the possibilities of a greener future, at the recent Greentech festival, an event in Berlin. The volocopter will drop and pick passengers at specially dedicated ‘Volo hubs’ and ‘Volo ports’. The vehicle functions on drone technology and batteries will replace by robots, before each trip. The flying taxi is environment-friendly as it emits zero sound. The aircraft is nicely fitted with luxurious leather seating, nine battery systems, an emergency parachute, and a fast battery charging time of 40 minutes.