Volocopter, The World’s First Flying…
7 Heritage Homes In Kolkata…
Get Paid To See Australia…
10 Most Expensive Properties Ever… 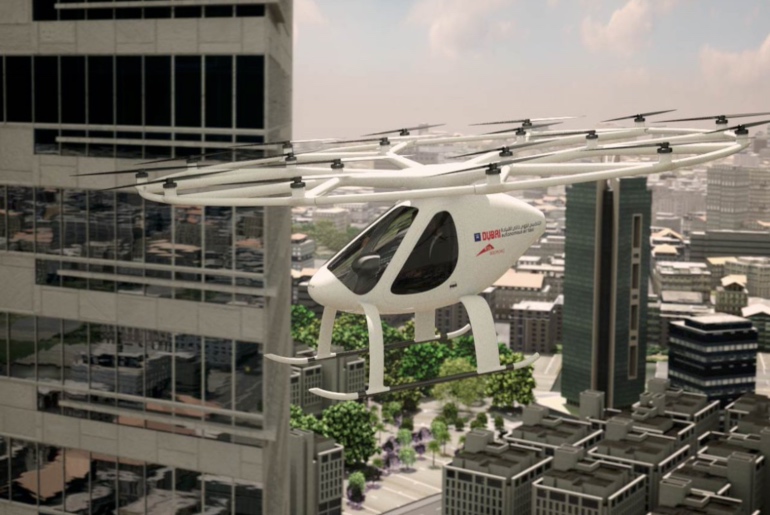 Volocopter, the world’s first flying taxi will grace Dubai skies sooner than you think! The fully electric air craft can carry two  people and is equipped with a lot of other features.

The vehicle stole the show for its technological capabilities and the possibilities of a greener future, at the recent Greentech festival, an event in Berlin.

Volocopter, the world's first flying taxi, maybe coming to the sky sooner than many think. Officials from Germany’s Greentech festival expect Volocopter to be commercialized in places like #Dubai, Singapore & Germany by the end of next year. pic.twitter.com/1yuF69QNBa

The volocopter will drop and pick passengers at specially dedicated ‘Volo hubs’ and ‘Volo ports’. The vehicle functions on drone technology and batteries will be replaced using robots, before each trip. The flying taxi is environment-friendly as it emits zero sound. The aircraft is fitted with luxurious leather seating, nine battery systems, emergency parachute, and a fast battery charging time of 40 minutes.

The vehicle can accommodate two passengers and can travel at a speed of 50 km/h, with a maximum flying time of 30 minutes.  The trial operation of the flying taxis began in 2017. The flying taxi aims to carry 100,000 passengers per hour across the world in the next 10 years.

Mattar Al Tayer, Director-General and Chairman of the Board of Executive Directors of Roads and Transport Authority (RTA) said: ” The Autonomous Taxi is powered by electricity and has high safety features, thanks to its design comprising 18 rotors to ensure safe cruising and landing of the taxi in case of any rotor failure. The air taxi is characterized by its autopilot or autonomous flying, thus enabling the movement of people from place to another without human intervention or a need for flight license holder”.

The volocopter will be commercialized in Dubai, Singapore, and Germany by the end of next year.