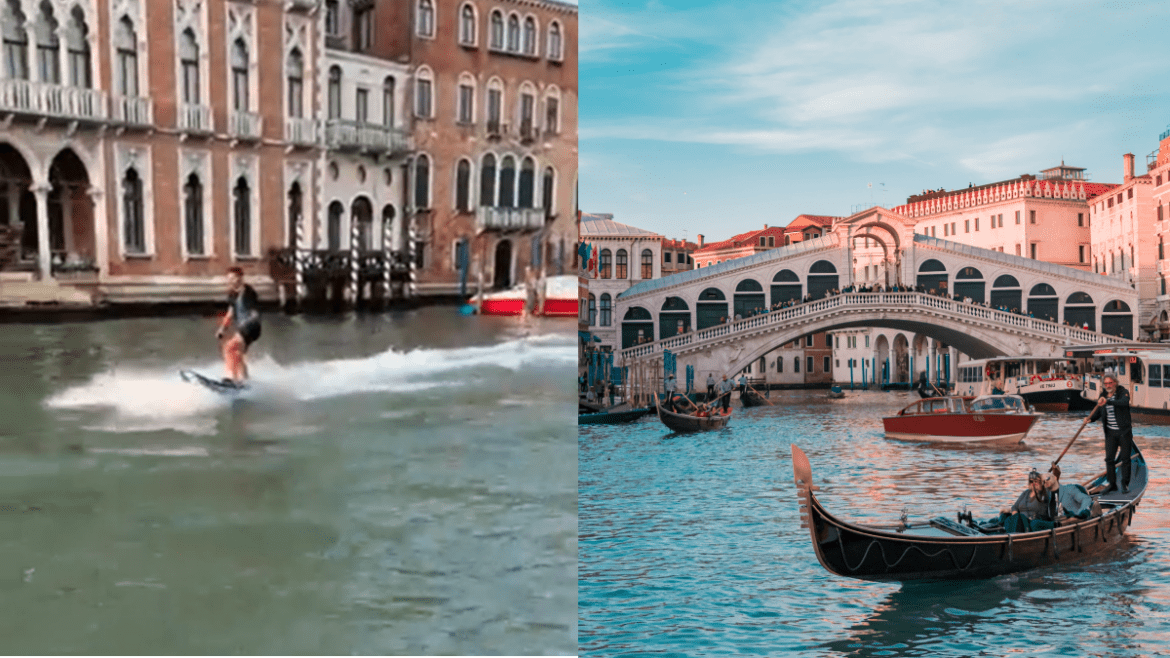 Venice became the first city in the world to charge an entry fee for tourists. Visitors entering Venice from January 16, 2023, need to pay anywhere between ₹247 and ₹823 to enter the beautiful city. The entry fee was imposed to keep overtourism in check. Recently, two tourists were caught surfing in Venice’s Grand Canal. Perhaps this was the reason the fines were imposed, to keep irresponsible tourism in check.

A video circulating on social media has invoked the wrath of citizens in Venice and even the city’s mayor. In the video, two tourists were filmed surfing in Venice’s Grand Canal on motorised surfboards. It caused outrage on social media. The surfers speeding down the waters dodged gondolas and waterbuses and shocked onlookers. Venice’s canals are known for being a romantic paradise instilled with serenity. It’s not a beach to go surfing. And the mayor of Venice Luigi Brugnaro wasn’t pleased.

Also Read: Planning To Visit Venice? You Will Have To Make A Reservation In Advanced

Also Read: Tourists Will Soon Have To Buy Entry Tickets To Visit Venice

They Were Fined & Expelled From City

Luigi Brugnaro called the surfers ‘two overbearing idiots’, on Twitter in Italian. He further added that the two men made a mockery of Venice. The Mayor offer dinner to anyone who could locate the two surfers. They were later identified and fined $1,530(₹1.2 lakh) each. Their electric propeller boards were confiscated and they were even expelled from the city, for ruining Venice’s image.