This Is How The UAE Celebrated NYE 2019 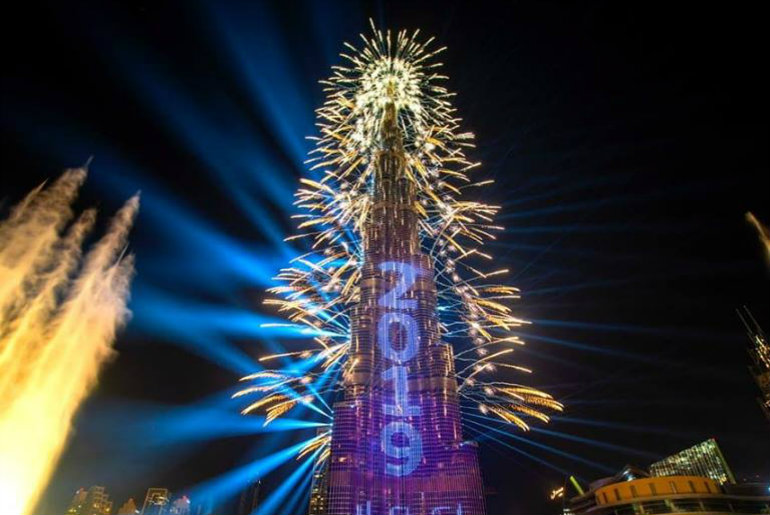 UAE broke multiple records this NYE 2019 & celebrated like a boss with fireworks going off all over the country to celebrate the new year!

The UAE skies were lit up with fireworks to ring in 2019! From breaking records like forming the longest chain of fireworks to a 15-minute long pyrotechnic, this year’s celebrations were dazzling. Since we couldn’t be in all the places at once to check the fireworks out, here’s a glimpse of what a spectacular show it was in the country on New Year’s Eve.

The Burj Khalifa was lit not just with stunning fireworks flying out of the world’s tallest building, but also with magical laser show display complemented by the Dubai dancing fountain.

The stunning Burj Al Arab was lit with a spectacularly long fireworks display that could be seen from Madinat Jumeirah & Kite Beach.

The Global Village had 7 different firework displays to celebrate the new year as it struck midnight in different countries whose pavilions were represented. How cool is that!

Visitors at JBR were able to enjoy the fireworks display at The Beach as well as on Bluewaters island.

Atlantis The Palm also showed off their magical display & left audiences cheering away into 2019.

10 Places In Dubai Where Locals Love To...

Win A 6-Day Trip To Lisbon, Portugal With...

You Can Now Book Your Train Tickets Through...

Mumbai To Pune Travel Time To Reduce By...

This Iconic Iranian Cafe And Beer Bar In...