UAE Will Tow Icebergs From Antarctica For Upcoming Project 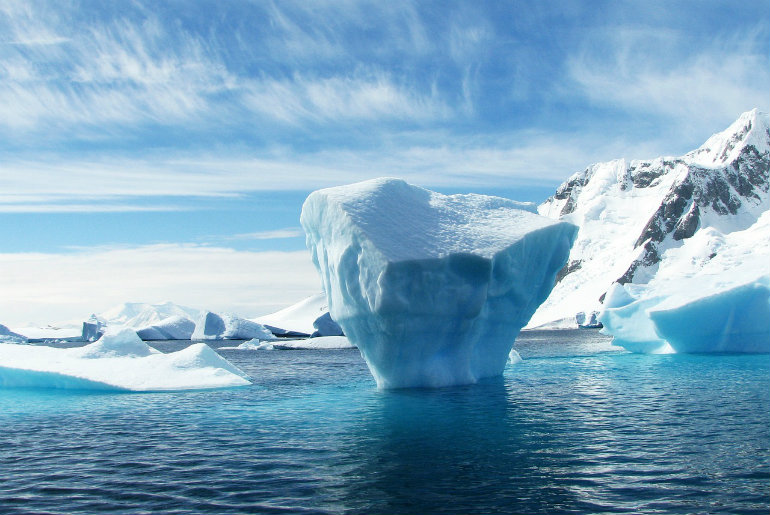 The National Advisor Bureau Limited has announced the project of towing icebergs from Antarctica to the UAE as a new source of water in the region. The UAE-Iceberg Project plans to tow icebergs from Antarctica to Fujairah coast as a new source of freshwater in the region revealing that the icebergs may cause a significant and radical climate change in the region. Melting icebergs will release fresh water into the Arabian Sea which would rebuild ecological balance, reduce seawater salinity and restore biodiversity.

The project would also gain a spot for the UAE on the glacial tourism map as the first desert country to offer glacial tourism on its coasts, saving iceberg enthusiasts the trouble of traveling to the North and South Poles. Also Read: 5 Rooftop Pools In Dubai To Cool Off This Summer

An average iceberg holds up to 20 billion gallons of fresh water, enough for 1 million people for 5 years. The icebergs off the coast of Fujairah will become a massive and unique tourist attraction which will also help in cooling the East Coast, transforming the UAE desert into thriving meadows within a decade.

The company is currently developing a unique technology which ensures zero ice melting during the transportation phase. The details of the technology is expected to be announced by the end of 2018. The cost of the project is estimated at US$50-60 million and the pilot phase of the project will kick-off during the second half of 2019 towards the coast of Perth in Australia or the coast of Cape Town in South Africa.

It will be followed by the necessary steps to tow the icebergs to the eastern coast of the UAE during the first quarter of 2020.