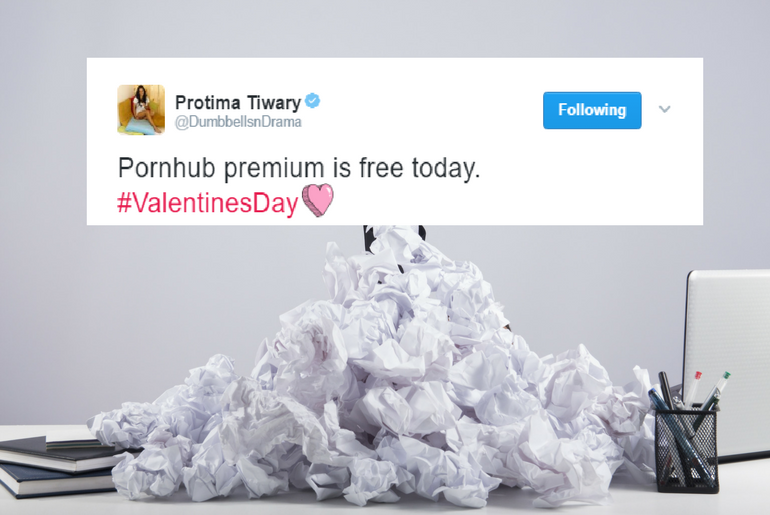 The Kind of Love I Find Creepy

What you see below is a true story and happened this Valentine’s Day! Rumour has it, that this dude hired a car and gift wrapped it with Rs 2000 notes to sweep his sweetheart of her feet but got jailed instead. LOL! Insane right? Well, it was a brilliant publicity stunt by Zoomcar. Read all about it here. Quick Question: How many notes did it take him to get jailed, look in the picture and let me know in the comments.

The Kind Of Love I Find Romantic

To be honest, I love the way Barack and Michelle Obama treat each other at least on Social Media and in public. They’re not just classy but also a treat to look at. To me, they are an epitome of couple goals.

Happy Valentine's Day to the love of my life and favorite island mate, @BarackObama. #valentines pic.twitter.com/n3tEmSAJRT

The One Who Drew The Defining Line Between Expectations & Reality

The One Who Found A Date

The One Who Shared A Good News

The One Who Was Hating On All Couples

The One Who Is In A Relationship With His Job

The One Who Was Hating On Valentine’s Day Itself

The One Who Wants What He Wants

*U.P*
Will you be my valentine? pic.twitter.com/EdT2V3Yu6Q

The One With A Proposal

The One Who Will Ruin Your Idea Of Urmila Matondkar Forever

Don’t look at me, I had warned you already!

Which Valentine’s Day tweet did you relate to the most? Tell me, I am very curious to know.