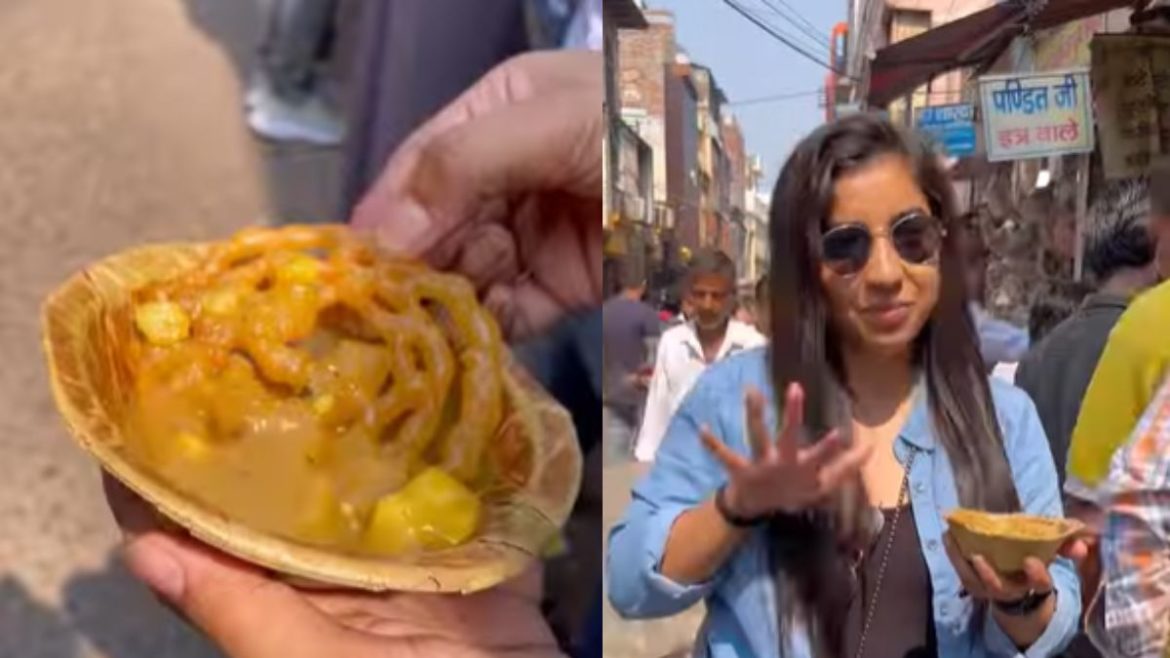 These days many weird food combinations are doing rounds on the internet. From Gulab Jamun Burger to Ice Cream Dosa, these combinations are growing weirder day by day. Many food vloggers tried these combinations and posted videos about the same. A recent viral video is about something similar. A food blogger tried Jalebi with aloo ( potato) and this is how she reacted to it.

Jalebi With Aloo: Yay Or Nay?

A food blogger from Delhi— Palak Kapoor who goes by @whatsupdilli on Instagram— was in Mathura when she heard of a weird food combination and decided to try it. On the streets of Vrindavan in Mathura, there is this one dish that people love; Jalebi with Aloo ki Sabzi ( potato curry). Yes, it is a very famous dish served at Om Pehalwan.

She decided to give this dish a try and bought one serving of the same. A man served two jalebis in a paper dish and poured two spoons of watery aloo sabzi over it. She took a bite of this dish and showed us her reaction using hand gestures. The blogger found the dish okayish and not as bizarre as she thought it would taste.

Also Read: From Rasgulla Chai To Ice Cream Maggi, These Weird Food Combos Of 2022 Have The Netizens Furious

Netizens Reacted To This Video

The video went viral as soon as she posted it on her Instagram handle. The video has by far received 255k views and over 4.5k likes. Netizens also commented their reactions on seeing this video. Many people tagged it as the worst food combination by far. Some users asked the blogger to not try such weird food combinations.

Most people expressed their disgust in the comments sections. But there were also very few of them who said that they would like to try the dish. Weird food combinations as a trend are going crazy every single day with some new bizarre combinations. Let’s see what more is to come. 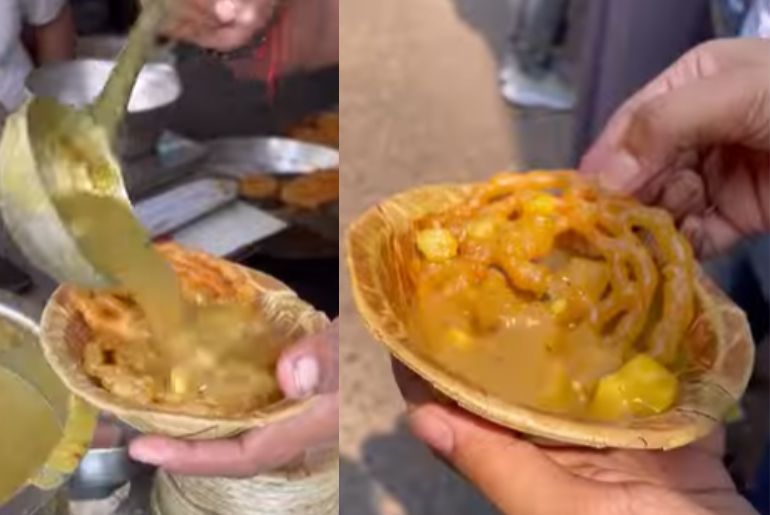 Also Read: Chocolate Raj Kachori Proves There’s No End To Weird Food Combos; Will You Hop On Board?

Are you willing to try this combination? Do let us know!