From Rasgulla Chai To Ice Cream Maggi, These Weird Food Combos Of 2022 Have The Netizens Furious 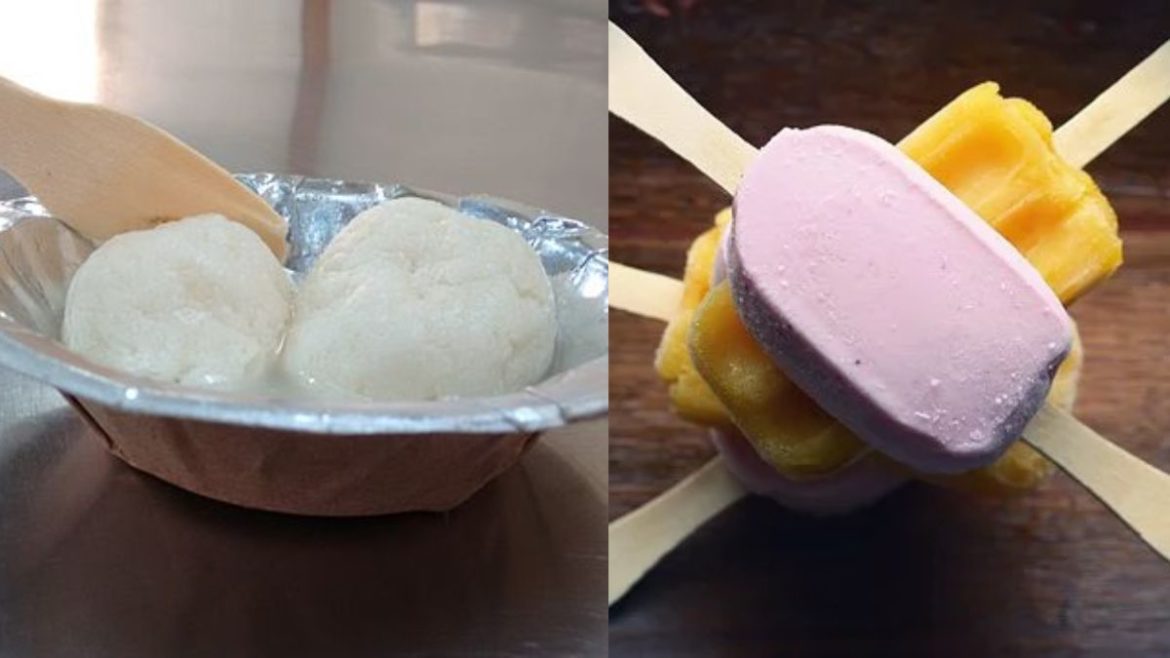 A huge chunk of content on social media is food combinations, mostly weird ones. Well, these food combos seemed very fun to watch when it started years back, but now it does nothing but irks and disgusts everyone consuming the content. It is only September and we are already fed up with these food combos of the year 2022. The internet is full of the weirdest food trends and it is always the best idea to run away from them.  Here’s a list of some weirdest food combos of 2022 that we wish never existed!

These Weird Food Combos Of 2022 Have The Netizens Furious

Chai and Maggi separately hold a very special corner in everyone’s heart. All we need is a hot cup of chai in between a very busy day. And if it’s a tiring day, one of the foods throughout the day will surely be Maggi, made in just a few minutes. But when our two favourites come together, it doesn’t taste the same anymore. In a viral video posted by Sukrit Jain (thesukritjain) on Instagram, a food vendor adds Maggi masala and the noodles to a pan of chai and then stirs it well. To make things even worse, he spreads some cheese on the top. Forget about tasting it, even imagining it is very difficult.

It really hurts when we see someone creating such horrible combos with the foods we love to eat. A video posted on Twitter a couple of months back shows a huge disastrous mixture of gulab jamun with dahi, green chutney, red chutney, sev, papdi, and pomegranate seeds. It is certainly the worst chaat in the world and we have only question ‘how do such ideas come to mind’?

How can we make a listicle of weird food combos without adding pizza to it? If you have ever made a pizza, you know that the first thing to add to the pizza base is a good layer of pizza sauce. Well, a video by RJ Rohan showed us an entirely different recipe for baking a pizza. The food vendor ditches the sauce with some chocolate spread and lathers it well on the base. Hold on, we have more surprises! The cook then adds toppings such as onion, tomatoes, capsicum, and grated cheese. Lastly, to worsen the pizza, he adds a wholesome amount of vanilla ice cream on top. After baking it, he further adds some chocolate sauce and strawberry ice cream on top. It feels like we hated pineapple pizza for no reason. At least it tastes better that this horrible ice cream pizza.

One of the most recent weird food experiments is the carnivore cereal trend. Courtney Luna, a chef turned food blogger uploaded a video on Instagram trying out cereal with meat. Netizens felt disgusted watching this video of creamy cheesy carnivore soup and we understand why.

A post shared by Animal Based | Carnivore | Keto (@itscourtneyluna)

In an Instagram video shared by Kolkatadelites, we can see a tea seller serving hot piping kulhad chai with rasgulla. The video starts pretty well with preparing tea in a huge pan. The next clip starts the bizarre combination when he adds a rasgulla inside the kulhad and pours tea on it. To end things on the worst note, he adds a dollop of butter to the rasgulla chai.

A fluffy delicious omelette is soul food. But which food stall thinks about soul food these days anymore? A video of an omelette preparation went viral some days back where the street food vendor pours coke and Oreo biscuits on a pan, and then does the bizarre thing by adding a mixture of eggs to it. Then he adds some slices of bread to the unbelievably crazy mixture.  Lastly, he finishes off with chopped onions, coriander, and Oreo biscuits. We are speechless!

Maggi is the biggest topic of experimentation since time immemorial. Whatever ingredient we find in the kitchen, someone or the other has experimented with it at some point. One of the worst food combos of summer 2022 is surely Mango Maggi. In a viral video uploaded by The Great Indian Foodie, we can see a woman cooking Maggi with maaza and serving it with mango pieces and some more mazza. We still do not understand the purpose of making Mango Maggi.

Another Maggi preparation that needs to be mentioned here is the latest creation of ‘Ice Cream Maggi‘. An Instagram video uploaded by RJ Rohan shows the bizarre recipe of cooking Maggi with raspberry ice cream. In the video, a man prepares Maggi with the tastemaker and a Vadilal raspberry dolly ice cream. He then serves the noodles inside an ice cream cone with grated cheese on the top. This is undoubtedly one of the weirdest food combos made with Maggi.

Do you have such weird food combos to share? Let us know in the comments below.