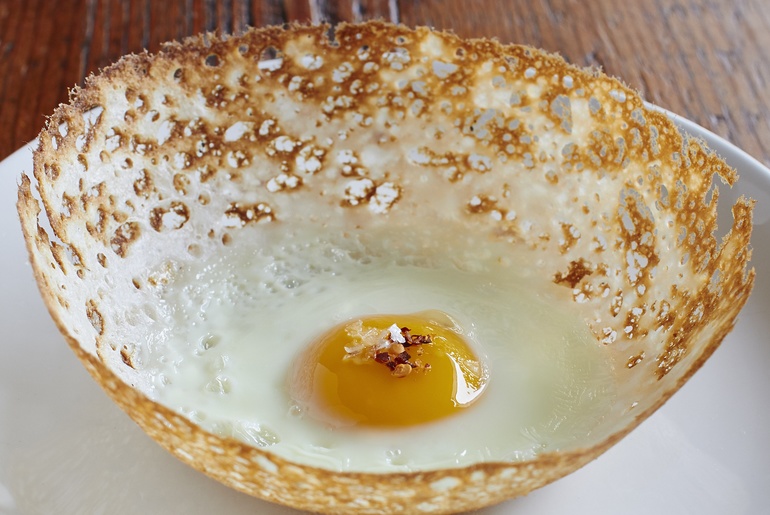 This seafood restaurant in Kolkata is serving some sumptuous dishes from the flavours of the coastal region of India and we found the perfect dish – Egg Appam.

Served at The Coastal Machan, the Egg Appam is a dish that is made of fermented rice and coconut and is kind of a pancake dish that originates from Kerala.

Also read: Head To These Hot Favourites For Your Breakfast Fix In Kolkata This dish has an egg filling in it which is ideal for breakfast. Although, at Coastal Machan you can match it up with their other delicacies like Bhetki Gassi, a kind of mild spicy gravy dish with coconut in it to relish with.

As the name suggests, The Coastal Machan serves only coastal cuisines coming from the authentic lands of India and they’re delicious.

Also read: Pub Hop On Camac Street In Kolkata For Your Fix Of Crazy And Fun! The restaurant has the whole coastal vibe going on with photographs of beaches and the Indian Ocean hanging on the walls. The colourful wooden boats and fishermen’s baskets will make you want to get on a boat too and just fish!