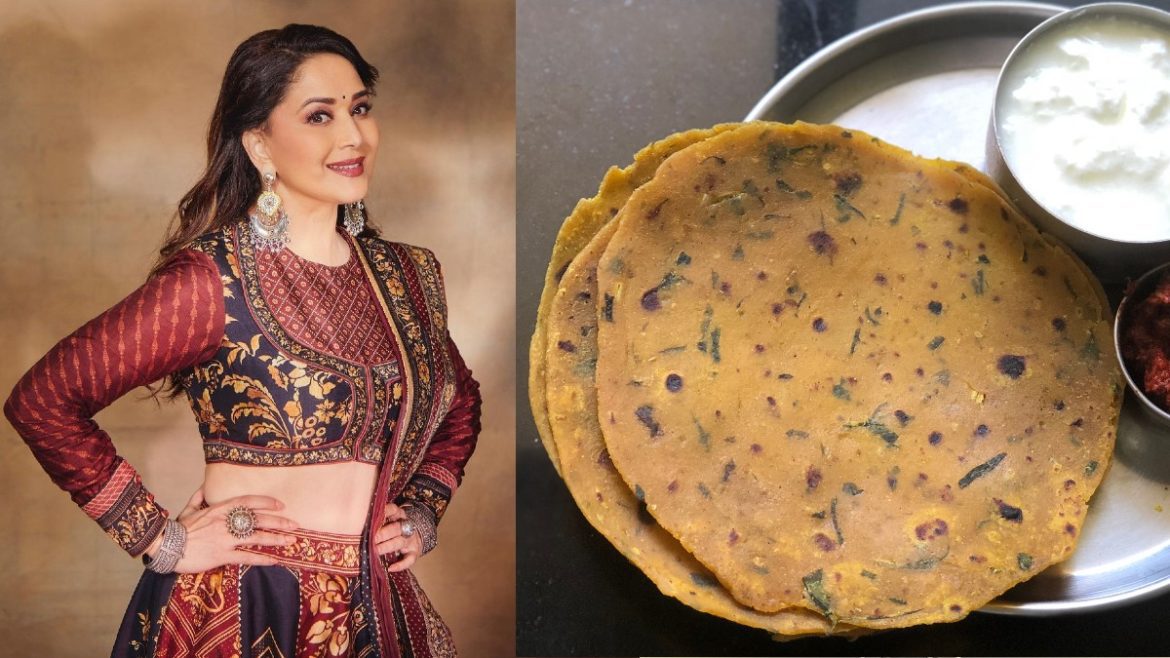 Madhuri Dixit has never failed to win our hearts with her incredible acting and dancing skills. But did you know that the actress is a big-time foodie too? And particularly, she has a soft corner for Gujarati dishes. At the trailer launch of her upcoming movie Maja Maa in Mumbai, Madhuri revealed that she had once gobbled theplas for 16 hours on a US-bound flight.

The actress also added that she loves Gujarati culture.

The trailer of the upcoming Amazon original film Maja Maa released on September 22, 2022. While launching the same in Mumbai, Madhuri said, “Once, I was on a flight and somebody told me that the food is horrible there. I had a lot of theplas with me then. So from here till the US, on a 16-hour flight, I just ate theplas. I love Gujarati food!”, as reported by India Today.

She also added that her friends used to speak Gujarati in her school and college. Although born and brought up in Mumbai, she adores Gujarati food and culture.

Also Read: Here’s What Happened To Madhuri Dixit When She Shot For Pukar In Freezing Alaska

Thepla is a popular Gujarati wholewheat flatbread prepared with herbs and desi spices. To make thepla, spices and herbs are mixed thoroughly with atta, followed by the addition of yoghurt or water to the dough. In the next step, balls are made out of the dough and rolled into flatbreads. Then oil is drizzled over a hot pan to fry the flatbreads. Thepla tastes best with pickles, chutney and curd. There is a sweet version of thepla too.

Maja Maa is releasing on Amazon Prime on October 6, 2022. Along with Madhuri, it will also star Barkha Singh, Simone Singh and Sheeba Chaddha.