Al Ahbabi Is The Youngest Arab To Reach The South Pole 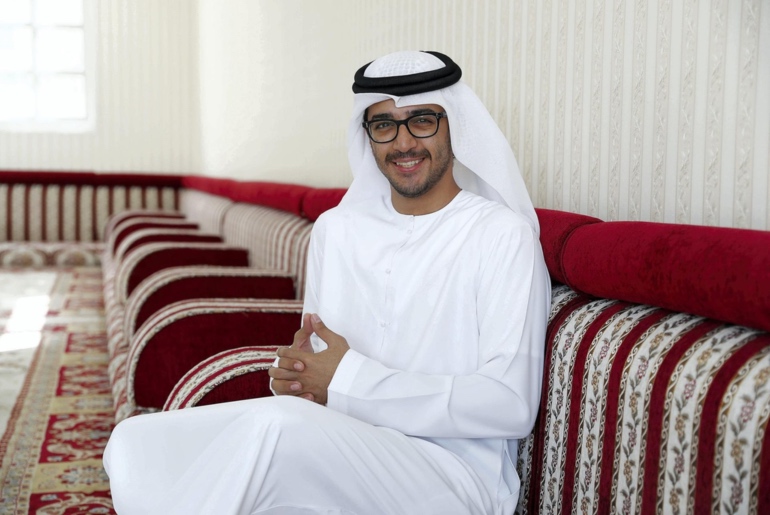 Al Ahbabi, the 26-year old Emirati just added color to the otherwise white South Pole when he placed the UAE flag between sheets of snow. Here’s his story.

Freezing temperatures, sheets of ice, and the blue sky are all you can see as far as your eyes can reach in the Antarctic. But that did not stop the 26-year old Emirati Al Ahbabi, from setting out on an expedition. Al Ahbabi made heads turn after he headed on a journey across the North Pole last year. And even before he could soak in the victory, the young man is back with his next win. This time, Ahbabi conquered the South pole. 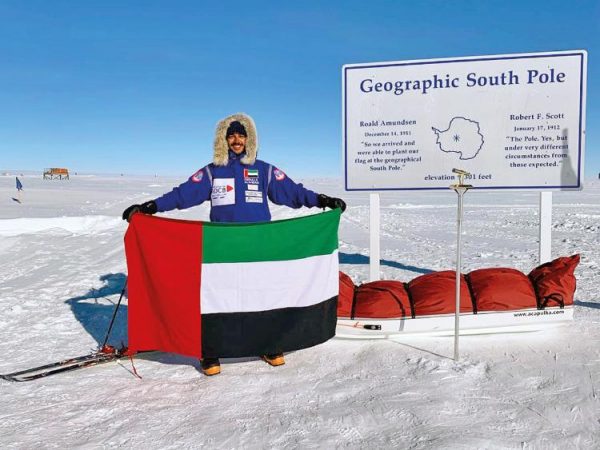 Adding color to the otherwise white and blue soaked South pole, Ahbabi placed the UAE flag at the southernmost point of the world’s ­surface in January this year. Ahbabi, along with a team of five other members from the US, UK, Germany, and Sweden set out on an adventure, which took them nine days to complete.

“I feel very proud to have accomplished such a feat and I’m happy that I now hold both records for being the youngest Arab to journey to the North and South Pole. My hope is that this can act as a positive message for the young people in the Arab world,” said Al Ahbabi, reflecting on his achievements.

The Challenges & The Journey

According to Ahbabi, the expedition across the South pole was more challenging due to the freezing temperatures and the altitude. “The North Pole sits at sea level, whereas at the South Pole we were 3,500 meters above ground, and so there was a very big altitude difference I had to deal with,” he said.

In fact, Ahbabi trained every week at Ski Dubai and followed a rigid fitness regimen back home in Abu Dhabi. However, the conditions that the South pole threw at him, came as a blow. “I was using a mask to limit the air supply of my breathing while ­training, but once we got there, it was totally different. Breathing was very difficult for the first few days,” he says. 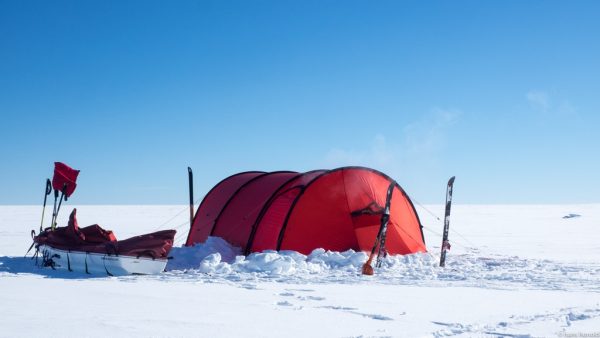 His day in Antartica would begin at 6:00 am, after which he and his team would start packing equipment before heading off by around 8 am. They also practiced 90-minute pushes followed by 10-minute breaks for around nine hours. The journey he says can get boring, especially when all you have to do is walk in a straight line for hours together. However, the young man added that the experience was unimaginable and also made him realize the need to protect and preserve our environment.

And finally, once he reached his target point, Ahbabi planted the UAE flag in the sheets of snow and started thinking about his future expeditions. “I haven’t yet decided on what it will be, all I know is that I want to do something that hasn’t been done before and to bring these records to our region. To finish something that started as just a ­simple thought at the start of last year, to do these two great things, it was very emotional and I was just so happy to get to both Poles within a year,” he signs off.