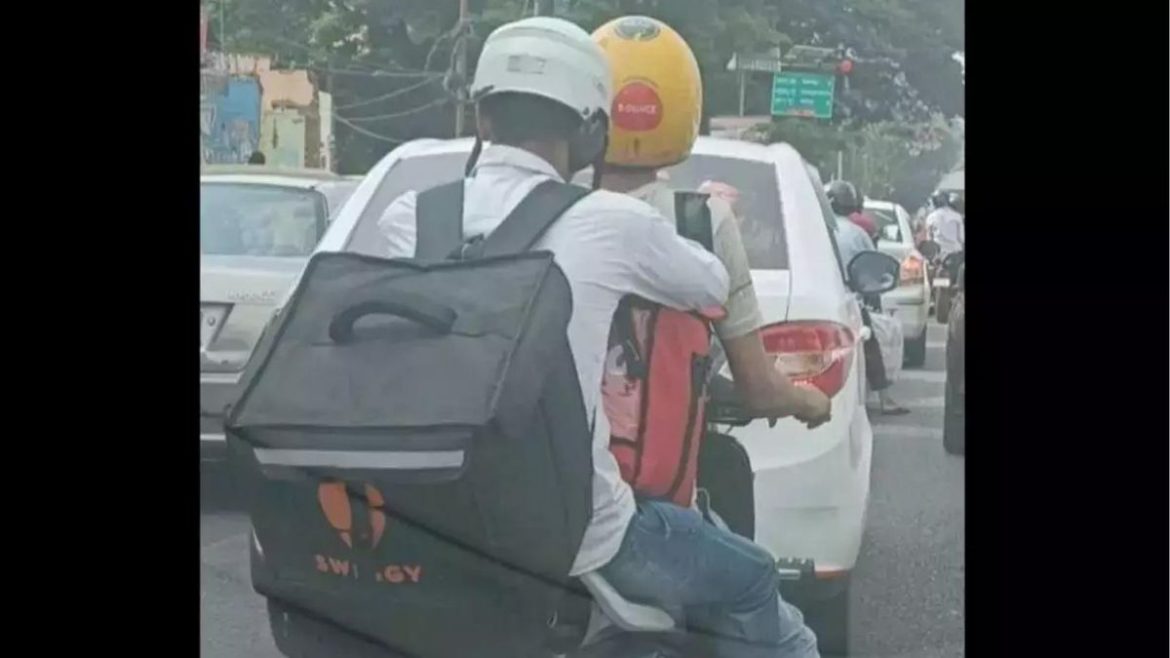 There has been a recent image circulating on social media showing a Swiggy partner wearing a Bounce helmet on a Vogo Automotive Pvt. Ltd. scooter sitting behind their Zomato counterpart. This fusion of complementary products and services was shared on platforms and fostered camaraderie between rival emblem buddies.

The viral picture of four startups together was initially shared on LinkedIn with the term ‘Strategic Alliance ka Baap’ and then got reshared by netizens on platforms like Reddit and Twitter. The caption of the post read, ‘A Zomato rider carrying a Swiggy rider on a Vogo Automotive scooter wearing a Bounce helmet. Can’t get more Bengaluru than this!’. Netizens also had their funny take on it comparing it to Jersey promotions and Bengaluru’s costly lifestyle.

Bengaluru is known as the Mecca of startups as most of the successful startups have stemmed out of this city. The picture of the Swiggy driver riding behind his rival counterpart was captured in Bengaluru. It was pictured that a strange gathering of four startups was made up in Bengaluru and some predict no other group can possibly recreate the startup haven like the viral image. According to Economic Survey 2022, India recognized over 14,000 new startups in 2021, of which 4,514 originated from Bangalore alone.