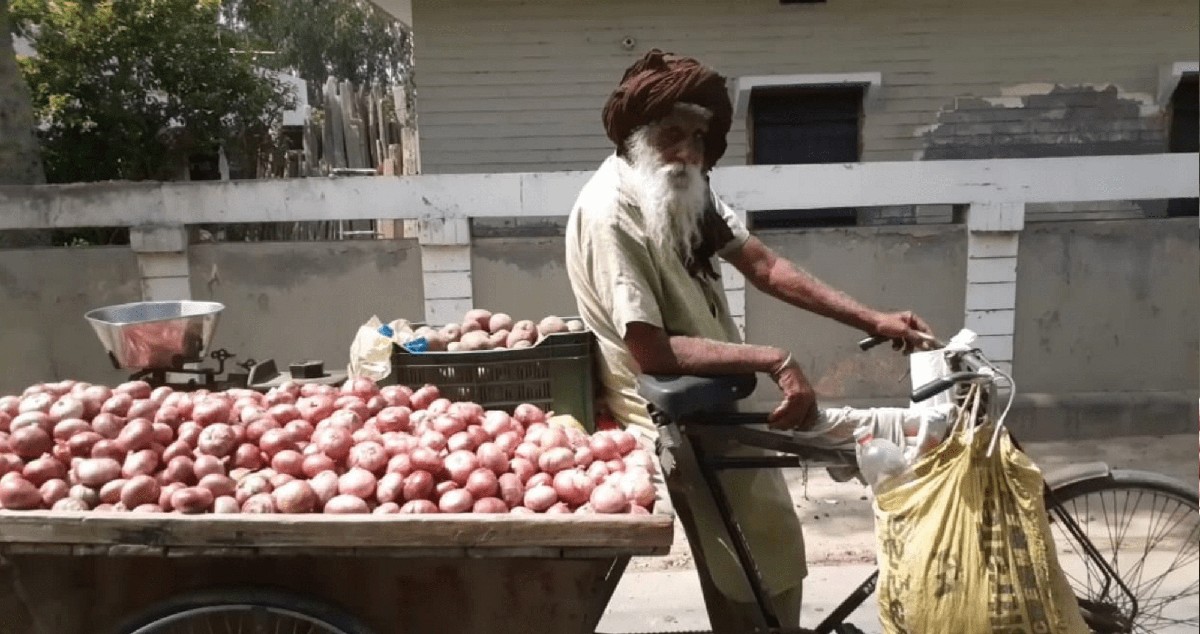 After the death of his son around a couple of years ago, Harbans Singh from Moga, Punjab, became the sole bread-earner for his grandchildren. By selling vegetables in a cycle cart, 100-year-old Singh raises money to look after the education and wellbeing of his granddaughter and grandson. A video, where he is seen pulling his vegetable cart loaded with onions and potatoes, had recently gone viral on social media platforms. People on the internet empathised with him and expressed their love and praises. Many netizens also offered financial help to him. The video also caught the attention of the Chief Minister of Punjab, Captain Amarinder Singh, who decided to provide him financial assistance of ₹5 lakhs.

Non-profit humanitarian organisation Khalsa Aid India shared a Tweet, stating, “Sardar Harbans Singh ji is redefining dignity & resilience. He is 100+ and looks after his two grandchildren by himself. He lost his son long ago & the mother of the children also left thereafter. Bapuji lives in Moga and sells vegetables to make a living with his grandchildren.” The NGO added that it is providing him with monthly welfare pension for lifetime. Singh has been selling vegetables for decades. Sometimes the vegetable load reaches over 100 kilograms, but even at the elderly age, he bears the weight.

Khalsa Aid India is providing Bapuji with monthly welfare pension for lifetime.
He is a force to be reckoned with, salute to his spirit.

Thank you for supporting us🙏🏼🙏🏼

Chief Minister of Punjab, Captain Amarinder Singh tweeted, “Hats off to the grit of centenarian Harbans Singh of Moga, who has been earning a livelihood for himself and his orphaned grandchildren by selling vegetables. Have sanctioned Rs. 5 lakh as immediate financial assistance for him and for the education of his grandchildren.”

Hats off to the grit of centenarian Harbans Singh of Moga, who has been earning a livelihood for himself and his orphaned grandchildren by selling vegetables. Have sanctioned Rs. 5 lakh as immediate financial assistance for him and for the education of his grandchildren. pic.twitter.com/fOcCTMoqjD

Singh’s story proves that when it comes to fighting hardships in life, age becomes just a number.