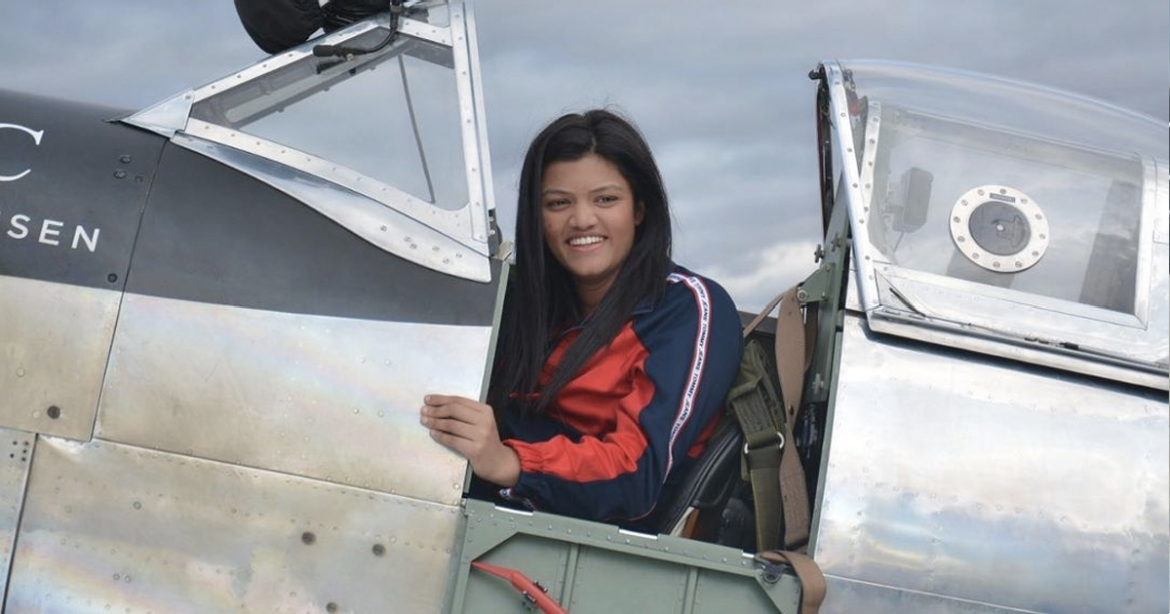 For 25-year-old Aarohi Pandit, the sky was not the limit. Not only did she soar heights, but also traversed great lengths single-handedly. In 2019, Aarohi had bagged the title of the first woman pilot ever to fly above the Atlantic Ocean and the Pacific Ocean solo in a light-sport aircraft. And then she went on to achieve a historic feat for India. On October 15, 2021, Aarohi re-enacted the first commercial flight of India that was operated by aviator Jehangir Ratanji Dadabhoy Tata on the same date in 1932.

J.R.D Tata Had Founded The First Airline Of India

J.R.D. Tata was the founder of the first airline in India, Tata Airlines, the company which we know as Air India today. J.R.D. Tata is known as the father of Indian civil aviation and Air India is our national airline. He had received the licence of the commercial pilot in 1929. He was one of the first Indians to get the licence. In 1932, he went on to fly the inaugural flight of Tata Air Services, which was officially the first commercial flight of India. He had piloted the airplane from Karachi to Bombay via Ahmedabad.

On October 15, 2021, Aarohi piloted the historic aircraft from Gujarat’s Bhuj runway to Mumbai’s Juhu via Ahmedabad. Aarohi was born in Gujarat in 1996. She now lives in Maharashtra’s Borivali. She had flown over a distance of around 500 nautical miles while operating the Tata aircarft.

Aarohi embarked on this journey and recreated history just three months before Tata officially took over Air India after a span of 69 years.