7 Ways In Which People Overestimate A Ladakh Trip 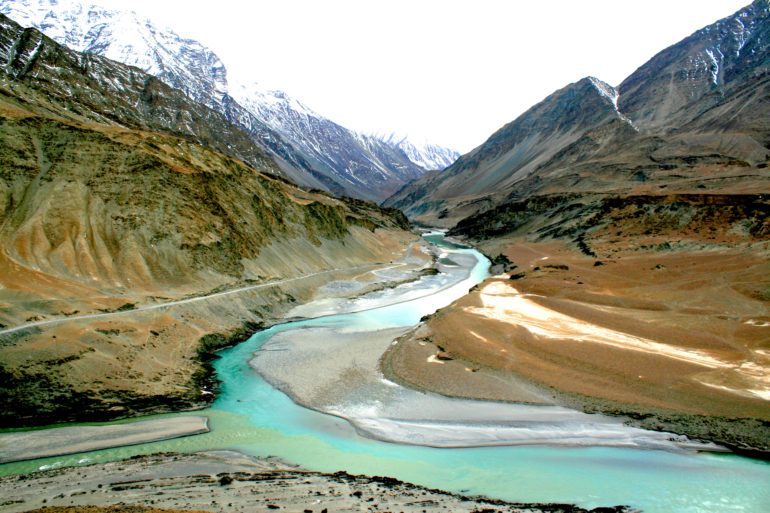 To gaze at beautiful Ladakhi landscapes and think of it as your bucket list trip option, is a good thing. But between your lust for traveling to Ladakh and what the google images show you, there lies REALITY! Enough has been stressed about how one needs to acclimatize or take good precautions especially with regards to health, but one just tends to take things lightly. Now I don’t mean to play spoilsport to your dreamy Ladakh plans, but as a first-time and recent visitor, I feel I must share a few thoughts on why you should not overestimate a trip to Ladakh.

1. I Am Fit Enough To Not Acclimatize

We have all heard about the survival of the fittest. But Ladakh is a terrain that can even get the fittest to their knees. And I not exaggerating! I have seen people who have been regularly physically active, in ways of gymming or cycling and have yet had to be dragged to the hospital only because they chose to hang around the city without taking the time to actually acclimatize their systems to the high altitude terrain. My Tip: Plan your trip in such a way that at least the first 24-28 hours after your arrival to Leh/Ladakh consists of just doing nothing. Lie down and drink as much water as possible (or even more), to stay hydrated and oxygenated!

2. I Am Used To High Altitude Trips, I Will Be Okay

Okay, I have travelled to the Swiss Alps, The Karakoram ranges and the Kanchenjunga mountain ranges. I should’ve got a hang of dealing with AMS or acute mountain sickness by now right? In fact, there was a person traveling with me who had even attempted the Everest, at least he should be accustomed? Well, the answer is NO! Oxygen doesn’t really take a count of the number of times you have travelled high altitude regions before it gets into your lungs. AMS can occur with anyone, regardless of age, sex, time or even experience. It’s best to just acclimatize yourself to the region first. You don’t want vomit and dizziness playing spoilsport to your wonderful trip after all, do you? My Tip: The idea here remains the same as the previous one, where I mentioned, you need to give yourself at least 24-28 hours to acclimatize, by lying down or at the most travelling to lowest altitude areas such as Leh city, before you jump to any other higher altitude region.

3. I Am Used To Last-Minute Trips, I Don’t Need To Plan

Isn’t it great to take those last-minute trips? Well of course, I am also part of those who wouldn’t like to spend hours or days making a plan. I like to go explore things and places without having a schedule to limit myself. But guess what? Ladakh is one of those places where you would actually require a bit of planning, not just so you don’t miss out on key places, but also so that you can plan visiting to lower altitude areas first and then take on the higher altitude regions. I had WIYO travel plan my itinerary in a way I got enough time to acclimatize, without having to miss out on those key locations I had on my to-do list. Plan out your trip to Ladakh- Image Credit: Urban Packer

My Tip: Get a good travel partner to help you out with planning your trip, or if you love solo planning, just as I do, then you need to plan a night or two at Leh and then map regions such as the Khardung pass, the Pangong Tso and so on.

Also read: The Zostel Kathmandu Is Exactly Where You Need To Go For Your Next Holiday

Clocking a 1000Kms in a city is way different than clocking even a 400Kms in a high altitude region like Ladakh. Especially passes like the Khardung or the Rohtang can be quite an adventure- the kind, you wouldn’t want to indulge in! The roads of Leh and Ladakh are basically ascends and descends of mountains. Every road is a steep and sudden curve, that one cannot forsee. Do not overdrive on the Ladakh terrain: Image Credit: wn.com

My Tip: It’s best to leave the experienced drivers behind the wheel to do the job, while you can grab on to your camera and enjoy the beautiful sights outside. Too much adventure, can just ruin your trip.

5. I Can Take Care Of My Baby On The Trip So I Will Take Him

It’s unlikely for a parent to think of a trip without their new born or toddler. After all, life is about spending all those special holiday memories with your children right? But hey, hold on that thought when you are planning a trip to Ladakh. Babies can find it rather difficult to adjust to the climate than adults. It is hard for children to understand the difference of altitude and hence they tend to exert themselves just as they would when in the plains. It would be a task for a parent to look after the child or enjoy the trip in a carefree manner; also the roads of Ladakh are harsh and rocky; taking a child along would only mean loud crying or vomiting during your journeys. Not advisable to take your baby along: Image Credit: Thebump

My Tip: It really depends from person to person to take a child along. Also, after what age. However, it is much advisable to plan a Ladakh trip before you plan a baby! Or if you already have a child, you may have to take extra bags of woollens, specific food and of course, caution!

6. I Can Drink Alcohol, Because What’s A Cold Region Trip Without Some Whiskey

You may be a pro at those bottoms up competitions amongst your group of friends and definitely wouldn’t like to tarnish that drinking image when you are in Ladakh. But please know that Ladakh is a dessert, more so, a highly elevated dessert. There is lack of oxygen in the region and water retention is one of the most common symptoms amongst people traveling to or within Ladakh. It is highly advised to keep yourself hydrated at all times. So drinking, which causes further water retention and fatigue in the body is a complete NO-NO! My Tip: One shot whiskey or Rum in case of extreme chills should not be an issue. I had to do that too, in order to warm myself up a bit, but really, just ONE shot. Also, keep drinking a lot of other liquids such as juices, lemon tea or plain water.

Also read: Why Get Leh’d in Winters?

7. I Can Pose Shirtless At Khardungla Or Dive Like Anushka Sharma In Pangong

Yes we are all fascinated by that introductory scene of Anushka Sharma, where she dives into the Pangong Tso with bare minimum. But as much as we adored the sequence, we know it was a movie, and there are umpteen cautions taken before one performs such a scene. (Just to let you know, I found out that was her body-double!) But coming to the point, do not risk yourself by trying to shed off a layer or two or even more of your clothing, because no matter what weather, it’s going to affect your skin badly. I was layered constantly, however I returned back 5 shades darker than my original self! And trust me, it’s hard to get off a cold-tan! Avoid being over-daring in the high passes or the cold lakes: Image Credit: Bollywoodkarnama

My Tip: Carry extra woollens and extra pair of gloves and socks along, because even on days when the mornings are sunny, the nights get terribly cold.