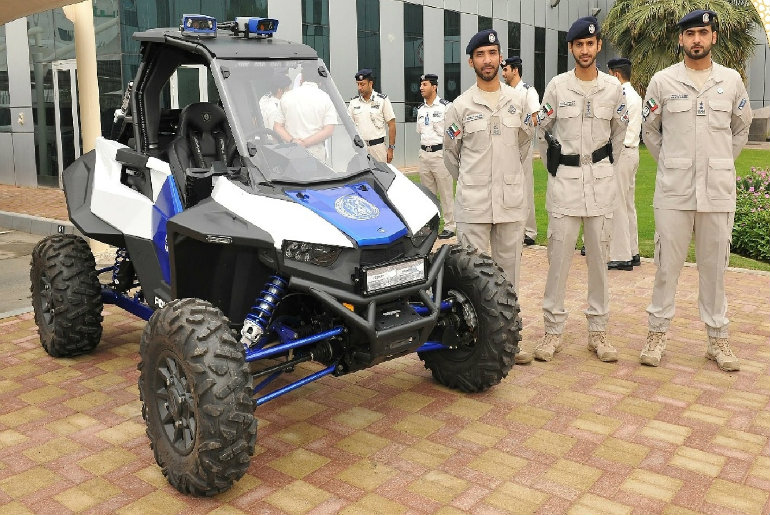 Abu Dhabi Police has introduced specially crafted quad bikes as a part of UAE Month of Innovation which will be added as a new fleet in their force.

Abu Dhabi police soon to roll out and add quad bikes as part of their current police car fleets. The new bikes are introduced as a part of the  UAE Month of Innovation which will help police officers to chase and help people who will get stranded over sand and agricultural land. The new quad bikes run on petrol and have a smart camera installed that will update all the information on the database. The announcement was made on Twitter and Instagram. We are super excited to see this new police fleet out on the roads soon.

The Dubai Media Office revealed in a video, the new ‘flying motorbikes’ driven by the Dubai Police. Several officers are already being trained to use the Hoversurf Scorpion-3 hoverbike which will be spotted in the skies of Dubai by 2020. The new crime-fighting flying bike has been introduced with the aim of enhancing the force’s rapid response during emergency situations & heavy traffic. The Scorpion 3 is a four-rotor hoverbike made by California-based company Hoversurf & weighs 114 kg. Due to its compact size, the bike can take off and land in any regular parking space. It can fly at five meters height with a maximum speed of 96 kmph (60 mph), according to the requirements of the law. 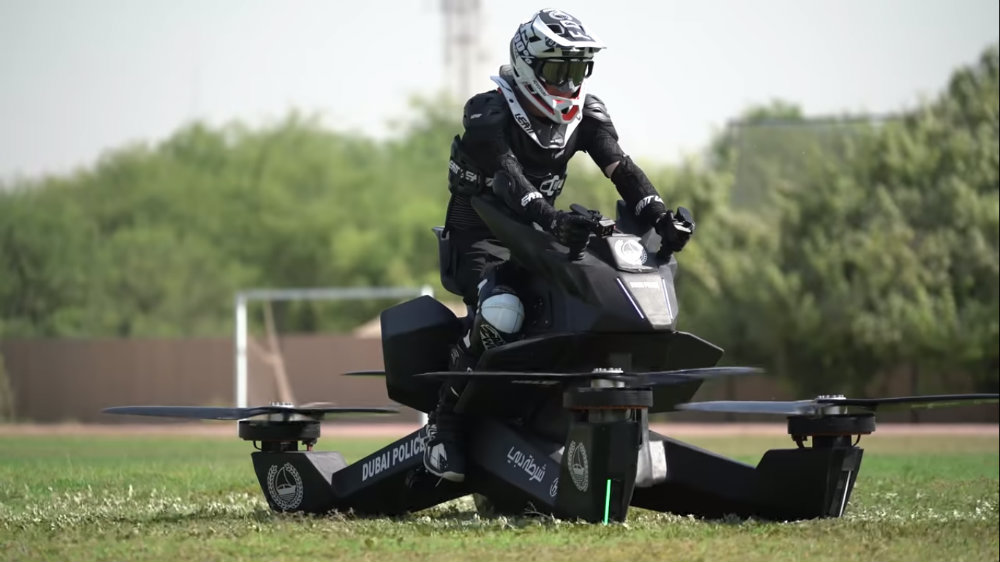