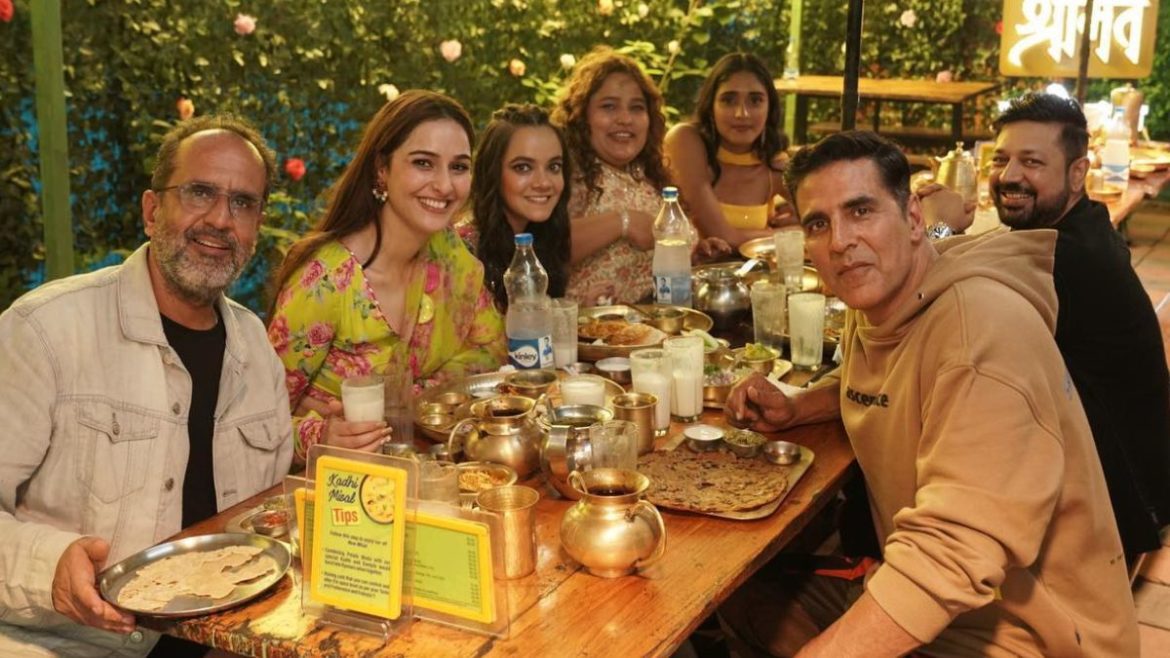 Akshay Kumar and his costars from the Raksha Bandhan film team are rigorously involved in promotions. Recently, Akshay Kumar shared a snippet on Instagram, wherein they headed to an authentic Maharashtrian restaurant in Pune to enjoy a meal together. Post that, the team is now flying to Kolkata, Lucknow and back to Delhi for the film’s promotions. In an interview with The Free Press Journal, one of Akshay’s costars from the Raksha Bandhan film team, Sahil Mehta revealed how Akshay would treat them with home cooked food daily during the film’s shooting schedule.

Name any Bollywood star, be it Hrithik Roshan or Akshay Kumar, they are super conscious about their food and diet. Akshay Kumar follows a vegan diet & it’s obvious that he would prefer eating home cooked meals any day. However, what came in as a pleasant surprise is the fact that Akshay ensured that his team of costars too enjoyed these home cooked meals along with him. Saahil Mehta, one of the costars in Raksha Bandhan revealed this in a recent media interview.

Meanwhile, take a look at this latest snippet from the Akshay’s Instagram. He captioned the post, ‘Team #RakshaBandhan off to Kolkata, then Lucknow aur phir jayenge Dilli 🥲 Honestly filmmaking is a cakewalk, par promotions bache ki jaan le lete hai 😂’

Akshay Took In Food Requests From His Team

Saahil Mehta, also revealed that Akshay was a ‘sweetheart’ and would accept food requests from the team. He would ask his co stars on what would they want to eat and eventually, ask his team to prepare exactly that. Starting from Rajma Chawal to cakes, Akshay ensured that the team never felt away from home. He told that the team has formed a close bond, and they happened to share food, eat lunches together and even celebrate birthdays together.

As Raksha Bandhan nears, this Akshay starrer is also scheduled to release on August 11, 2022.