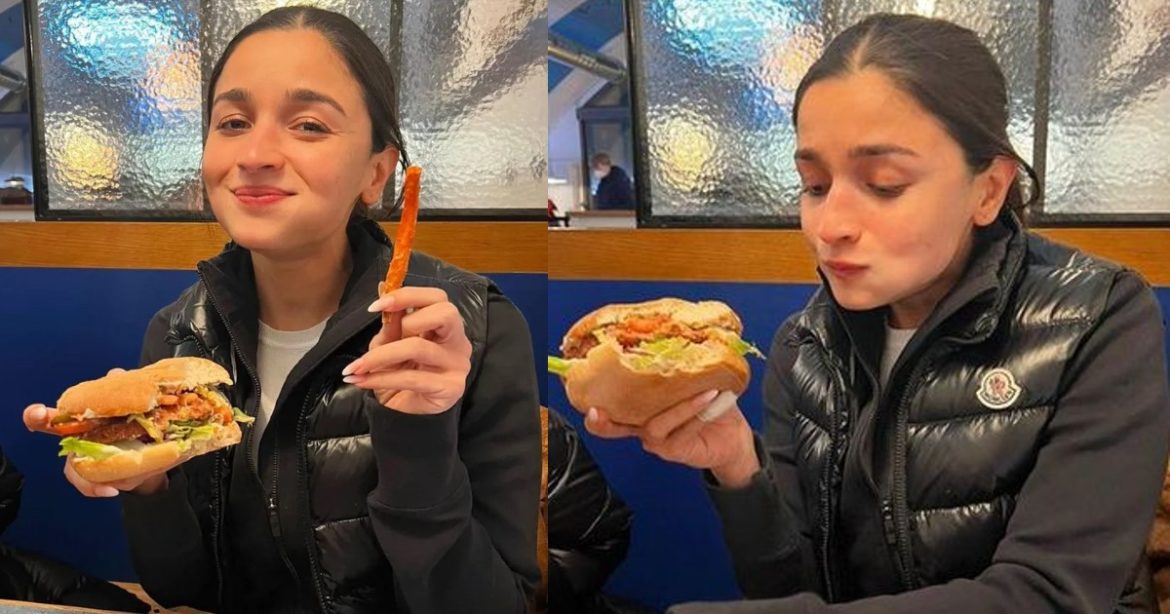 How’d you like to celebrate a promotion at work or any successful moment in your life? Pat yourself on the back, throw a party perhaps or pamper yourself with shopping and a spa date? Well, Bollywood star Alia Bhatt treated herself to a delicious vegan burger and fries to celebrate her movie, Gangubai Kathiawadi entering the 100 crore club. Here are all the deets.

The Sanja Leela Bhansali directorial, Gangubai Kathiawadi has hit the home run. The solo-female led movie has created a storm on social media and the theatres too, despite witnessing tough competition from other films. Bhansali Productions’ official Instagram page shared the news that Gangubai Kathiawadi has crossed the ₹100 crore mark, bagging ₹102.68 crores in the domestic box office. Actress Alia Bhatt celebrated this news by indulging in a lip-smacking vegan burger and fries. Dressed in a black sweatshirt and puffer jacket, hair tied into a bun, Alia Bhatt smiled sweetly while happily gorging on her burger.