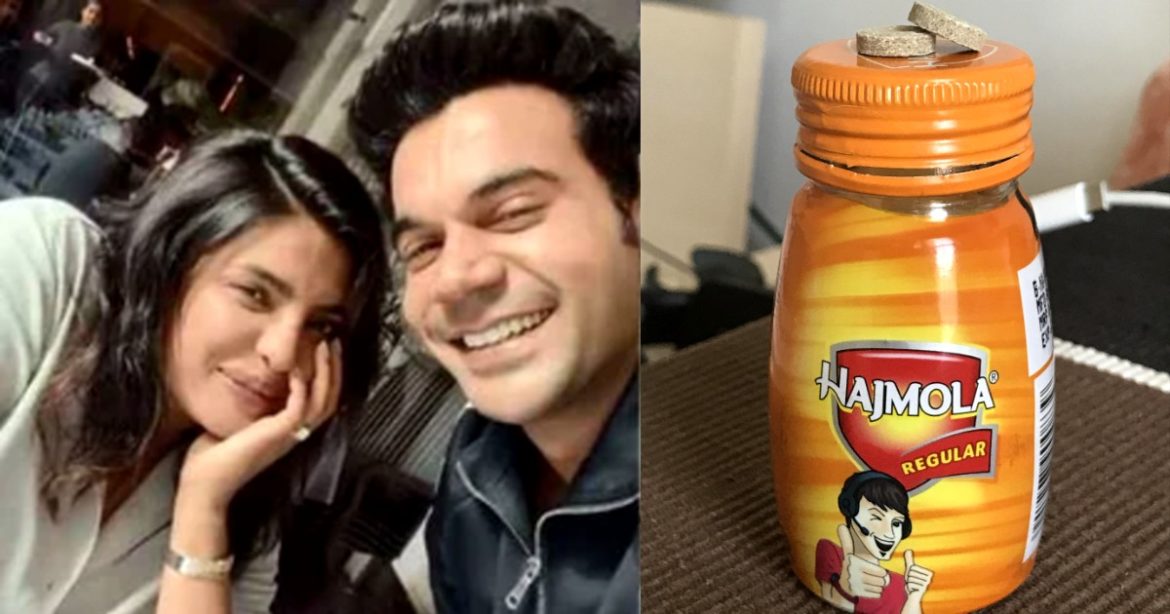 Priyanka Chopra Jonas is a big foodie, and there’s no doubt about this. Her new restaurant Sona in New York City is a testimony to this. After conquering the world of entertainment in both Bollywood and Hollywood, the actress turned entrepreneur with her restaurant, Sona and haircare brand Anomaly. Well, if you’re wondering what does this foodie like to eat, then here’s a surprise. Priyanka Chopra Jonas is a die-hard fan of hajmola and paan pasand. Actor, Rajkummar Rao’, revealed this in a throwback video, while the duo were shooting for The White Tiger. Here are the deets.

On the occasion of actor Rajkummar Rao’s birthday, his co-star from The White Tiger, Priyanka Chopra Jonas shared a special video on Instagram stories. In the video Rajkummar asks Priyanka is likes the digestive candy, Hajmola. And if she does, then which flavour does she prefer. An uncontrollably laughing Priyanka, catches her breath and says she likes Hajmola. The actress further said that her favourite Hajmola flavours are Chulbuli Imli and Albela Aam.

She Prefers Paan Pasand Over Paan

But the fun video doesn’t end there. The Newton star further quizzes a giggling Priyanka Chopra Jonas if she likes paan. She replies that she prefers Paan Pasand over paan. Well, not that you know Priyanka Chopra Jonas’ quirky tastes in digestive candy and mouth fresheners, let’s tell you more about her. The actress’ restaurant Sona is creating waves on social media. From Bollywood star Anupam Kher, writer-producer-actress Mindy Kaling to journalist Tom Nichols have all lauded the delicious Indian delicacies at the restaurant. Priyanka Chopra Jonas loves pakoras, prawns and dosas at Sona. Bollywood fans, here are 6 movies that inspired us to travel.