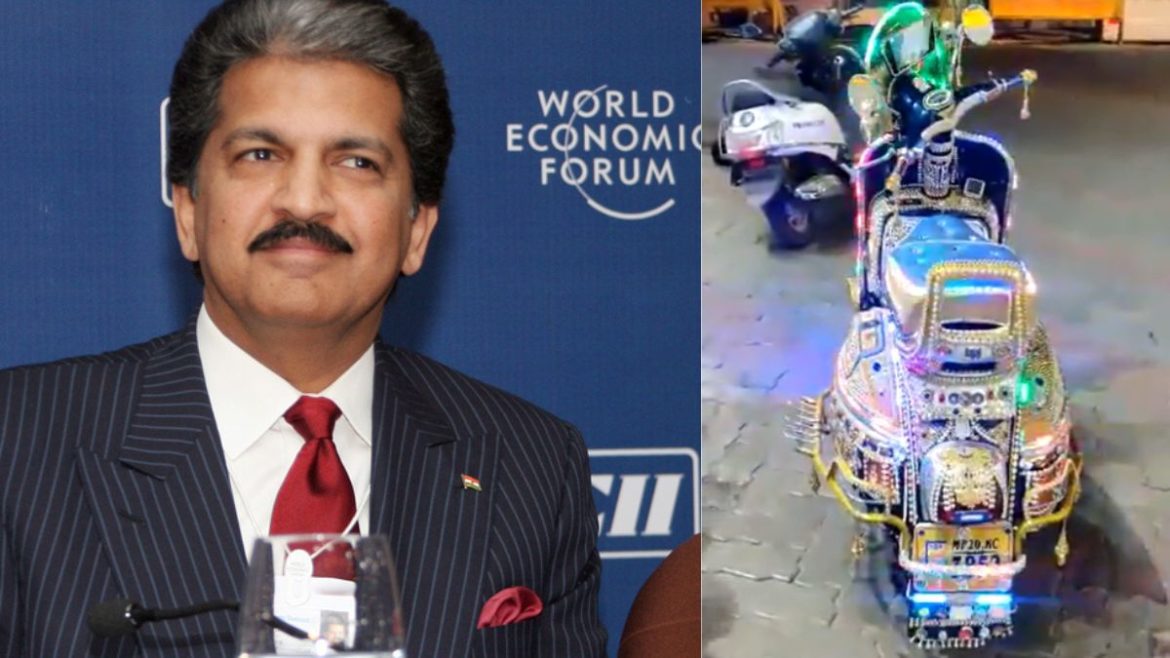 Industrialist Anand Mahindra is known for lauding innovations and talents across the globe. Whenever he comes across something new and innovative, he posts it on his Twitter and shares it with others. Recently, he shared a video featuring a scooter parked near a petrol station in India. The scooter was not a normal one, it had LED lights and beadwork on it.

Anand Mahindra posted a video on his Twitter handle featuring a two-wheeler scooter that can be seen with small lights, beadwork and a variety of other colourful bright materials. Not only the scooter was lit up with lights it was musical too. There was a mobile phone-like display that played songs placed right between the handles. The scooter looked absolutely stunning and was something that the Mahindra Group Chairman could relate to life. He captioned the video by connecting it to life saying life can be as colourful and entertaining as we want it to be. He also added a hashtag which said Only in India which is so true.

Life can be as colourful and entertaining as you want it to be… #OnlyInIndia pic.twitter.com/hAmmfye0Fo

The post went viral in no time. The comments section saw people making a beautiful remarks about the musical and colourful scooter while some got nostalgic about the Bajaj Chetak scooter. Some people commented on the creativity and spoke about how this is something which can only be seen in India. After being posted on Friday, the post has received more than 3 lakh views and 16,000 likes. Furthermore, it has been retweeted more than 1,600 times.

Bajaj Chetak…. Sir we travelled 250 kms on this to a hill station. Hamara Bajaj 😍