Anand Mahindra In Awe Of Kerala River That Turned Pink; Calls It River Of Hope 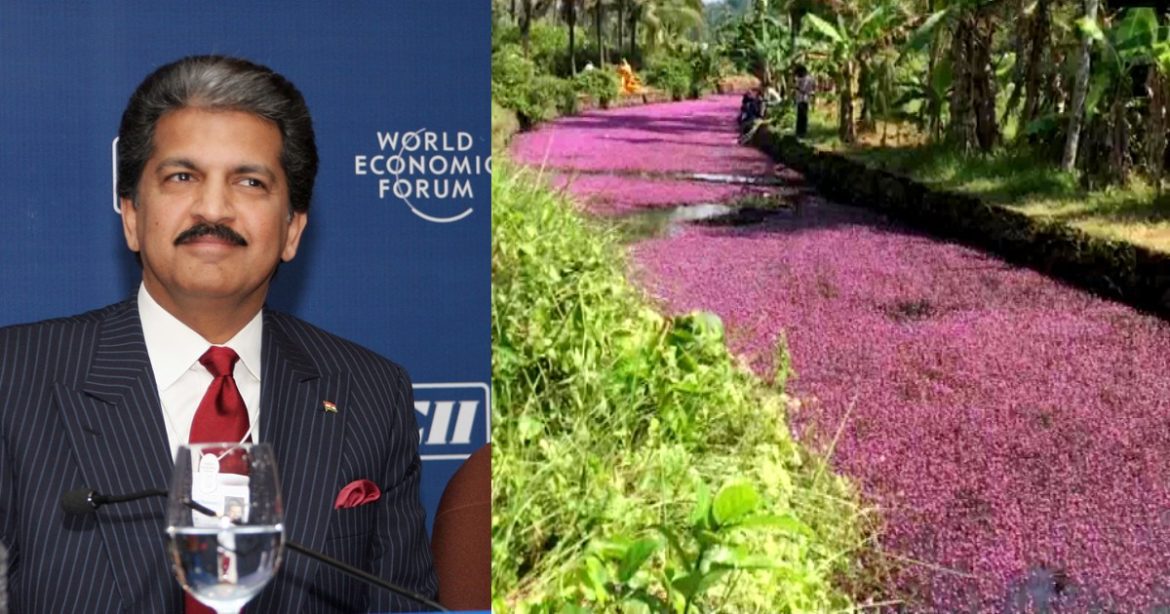 A river in Kozhikode has garnered alot of attention from across India, where travellers are already planning their next getaway. Bathed in pink, the river is covered in Forked Fanwort flowers. The large stretch of vivid pink till the eyes can see is truly a sight to behold. And it’s not just us, even business tycoon Anand Mahindra think so too. Read on to know more.

Anand Mahindra is in complete awe of a river in Kozhikode in Kerala, covered in pink flowers. The entire river is bathed in vibrant pink hues, almost painting the town pink. Anand Mahindra took to Twitter to share the breathtaking picture. He revealed that this pink-coloured river lifts his spirits and gives him a sense of optimism. He even went on to exclaim that he is making this picture his new screensaver and even naming it ‘River of Hope’.

I’m not surprised to hear that tourists are flocking to the village. It lifts my spirits & sense of optimism just looking at this photo. I’m making this my new screensaver and naming it the “River of Hope.” https://t.co/iFAF7bQZS3

This Beautiful Flower Is Unhealthy For Marine Ecosystem

Well, this pink-hued river in Kozhikode has become a new tourist destination, where people are flooding their Instagram with reels and pictures. The pink coloured flower is Forked Fanwort also called ‘mullan payal’ in Malayalam. While it’s beautiful, this flower is also known to be an invasive species that is capable of destroying freshwater biodiversity.