Over the past few months, with the rise in COVID-19 cases across India, there has been a struggle for sufficient ambulances, especially in secluded terrains. During this time, a Uttarakhand man used his own vehicle as an ambulance to ferry passengers residing in hilly areas. In Kerala, two auto drivers used their vehicles to transport over 200 COVID-19 patients to hospitals. And now, taking innovation to a whole new level, Anekal in Bengaluru has a unique bike ambulance. An NGO,  Suriya Foundation launched the Royal Enfield customised bike ambulance in Choodahalli village in Anekal taluk. The bike ambulance comes with built-in oxygen cylinders and even a bed. Read on to know more.

Have you ever heard of a Royal Enfield bike ambulance? Well, folks at Anekal in Bengaluru have not only heard of it, but they also have this at their disposal. NGO Suriya Foundation launched the first of such kind of bike ambulance in South India. After mulling through a lot of designs, NGO, Suriya Foundation helped officials to connect with financial services company, Zerodha. According to The Hans India report, the NGO also designed the bike ambulance. The locals at Anekal found it difficult to reach the closest Primary Health Centre (PHC) due to the Bannerghatta forest and the elephant corridor. 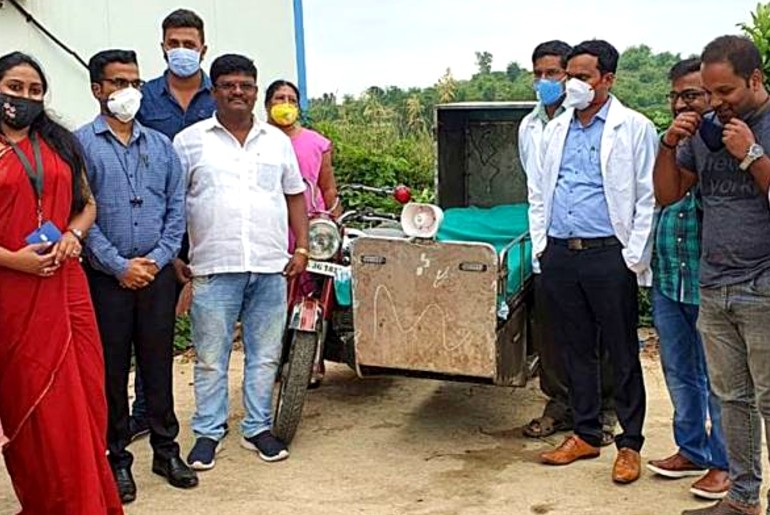 This Bike Ambulance Has Oxygen Cylinders & A Bed

The customised Royal Enfield bike ambulance has built-in oxygen cylinders and a bed. It’s considered to be a lifesaver for many people. According to The Indian Express report, the volunteers of NGOs Manta4Change and Suriya Foundation conceptualised this bike ambulance in 2 months. And Zerodha financed this initiative and together they rolled out the prototype for ₹1.5 lakh. Dr Vaishnavi K, stated to The Hans India,”Flanked by Bannerghatta forest and an elephant corridor, it is difficult for the people in the area to reach the nearest Primary Health Centre (PHC). The bike ambulance will go a long way in ferrying patients requiring emergency medical aid to hospital. We worked on a lot of designs, changed and reworked on them in the past two months. In South India this is the first of its kind.” 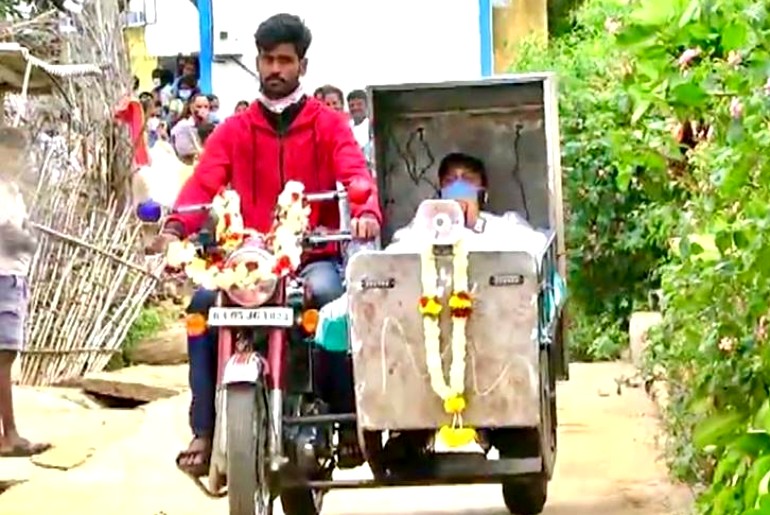 Also Read: This Biker Rode To 5 Countries With 5 Friends & Covered 5000 Km From Singapore To India

The bike ambulance shall ferry passengers needing emergency medical aid at hospitals. Meanwhile, here’s the personal experience of a Kasturba Hospital doctor in dealing with COVID-19.

Abu Dhabi To Get A Stunning Waterfront Destination...

Institute of Skiing and Mountaineering Comes Up In...