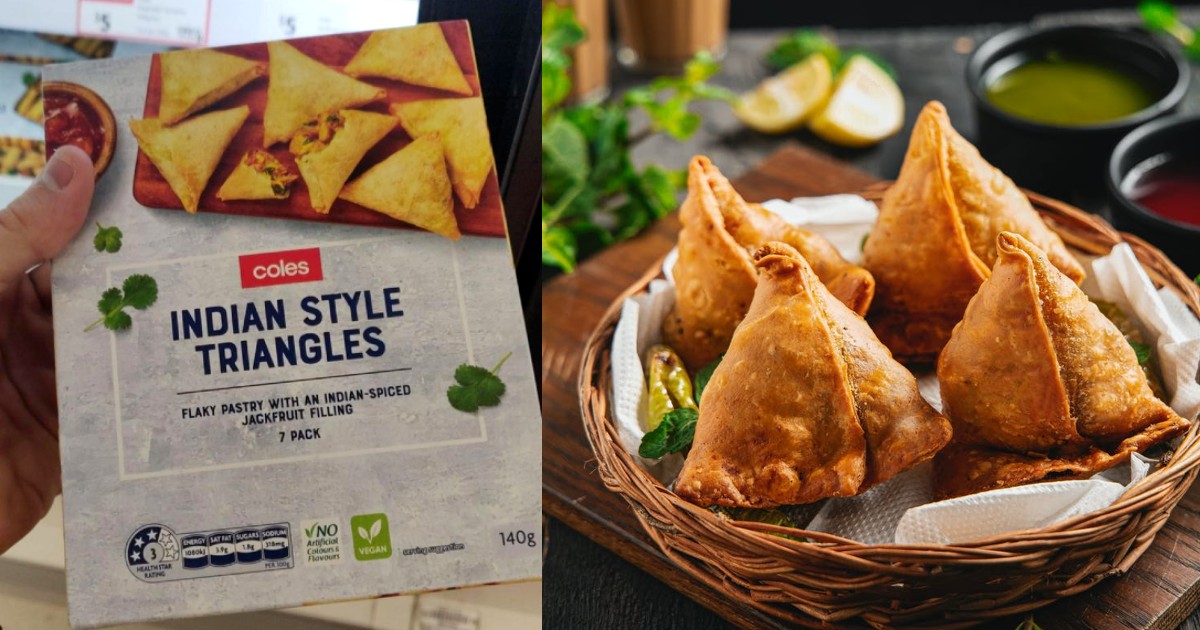 Vada Pav is often called an Indian burger. Good ol’ Hali Doodh is termed Termic Latte. Gulab Jamun is referred to as Indian dumplings in rose syrup. This would often make you wonder if Indian food can’t just be called for what it is, instead of cultural appropriation. Well, the Australian supermarket, Coles has recently been slammed for calling samosas, ‘Indian Style Triangles’ on packets. Well, here’s everything you need to know about this crunchy situation.

A frustrated shopper condemned Australia’s popular supermarket chain, Coles, for cultural insensitivity over a frozen samosa packet. Melbourne customer Om took to social media after discovering a box of Coles brand of samosas called ‘Indian Style Triangles’ in the freezer section. Om posted a picture of the packet on the Facebook page, ‘Subtle Curry Traits’. He captioned the photo, ‘Seriously Australia?’ The irritated shopper’s post was soon flooded with likes and comments from over 25,000 users. They demanded a valid answer for the same. One user commented “By this logic, they should call pizza “Italian Style Circles.” Another netizen quipped, ‘Boycott Coles for cultural insensitivity and ruining a product of heritage.’

Also Read: 6 Types Of Unique Samosas That Will Shock Your Tastebuds 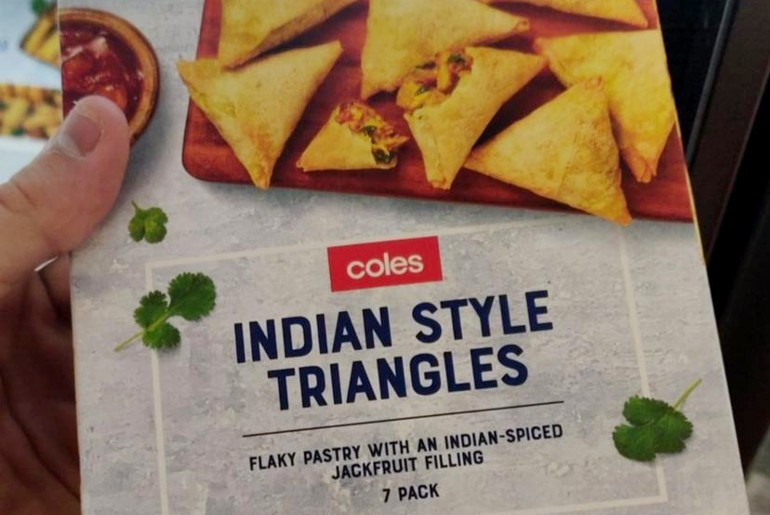 Coles Called Changed The Name To Differentiate It From Vegetables Samosas

The Australian supermarket chain responded to the backlash. A Coles spokesperson stated to 7News that the traditional Coles Vegetable Samosas are very popular. So they decided to add a new flavour to the range and give it a different name so customers can tell them apart easily. The spokesperson further added ‘Jackfruit Indian Style Triangles are definitely samosas and we’ve loved seeing the support for them since they launched.’ Well, you’d think what’s in a name. But calling samosas Indian-style triangles is quite weird. In our opinion, it would definitely not be difficult to identify different varieties of samosas in the aisle, without having to name them differently. Meanwhile, if your mouth is watering for delicious hot samosas, then order your favourite snack from Delhi’s Samosa Hub that serves 25 different varieties of samosas.