Biryani And Dosa Emerge As…
How Noida Rebranded Itself Into…
This Nature-Themed Cafe In Guwahati…
KFC Japan Buffet With Pizza,… 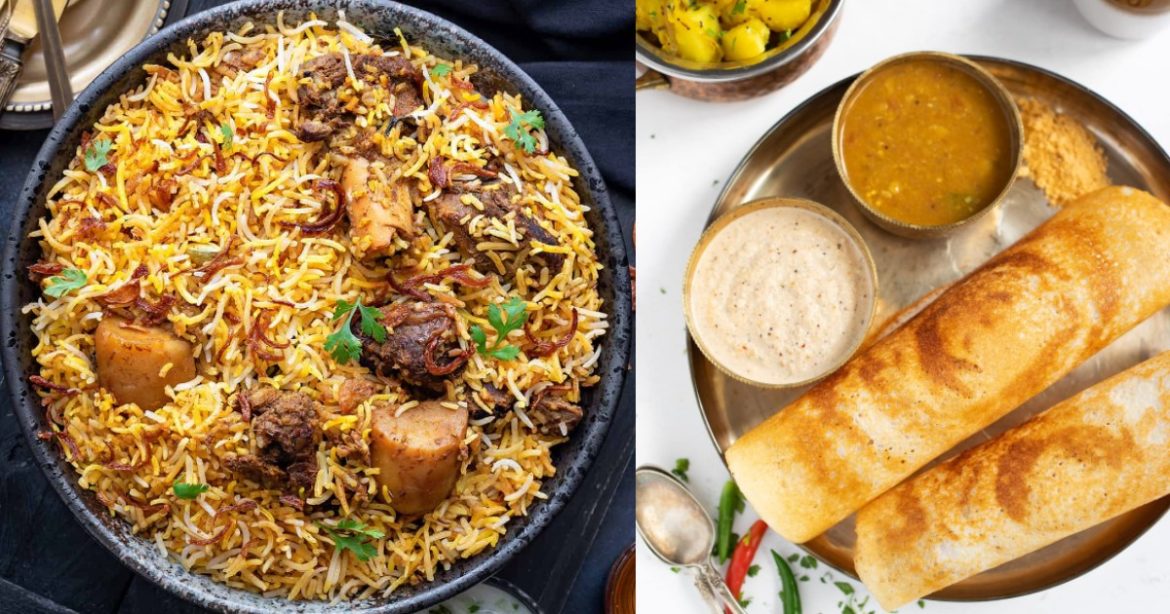 Food aggregators Swiggy and Zomato have released reports announcing the names of the most ordered dishes in India for 2021. In both lists, biryani has bagged the topmost position. While Zomato revealed that it delivered two biryanis every two seconds, Swiggy found out that 115 biryanis were ordered per minute. Biryani has been ranked as the most ordered dish in Swiggy’s StatEATstics report for six years in a row. According to Zomato’s report, dosa was the second most ordered dish of the year with more than 8.8 million orders.

Over 1 Crore Orders Placed For Momos In 2021, Reveals Zomato

In the 2021 Meme Rewind, Zomato wrote, “Biryani once again got the green light as India’s top dish in 2021. We delivered 2 biryanis every second.” The delivery app also revealed that it found 3,157,424 vada pav lovers, around 7,297,152 samosa lovers and over one crore momo lovers! The report states that Paneer Butter Masala and Butter Naan were ordered together more than 1.1 million times. It also stated that someone from Ahmedabad had placed the highest order of the year worth a whopping ₹33,000. Around 1,062,710 people had ordered food from Zomato during the India-Pakistan match.

Also Read: This Outlet In Delhi’s Pitampura Offers A 4-Feet Long Dosa That You Can’t Demolish On Your Own

We know that you’re already drooling and is about to order your favourite dish. But before that, tell us in the comments section which food item was most ordered by you in 2021. Happy gorging!