Biryani Burrito Is An Indo-Mexican Food Trend To Amuse Netizens 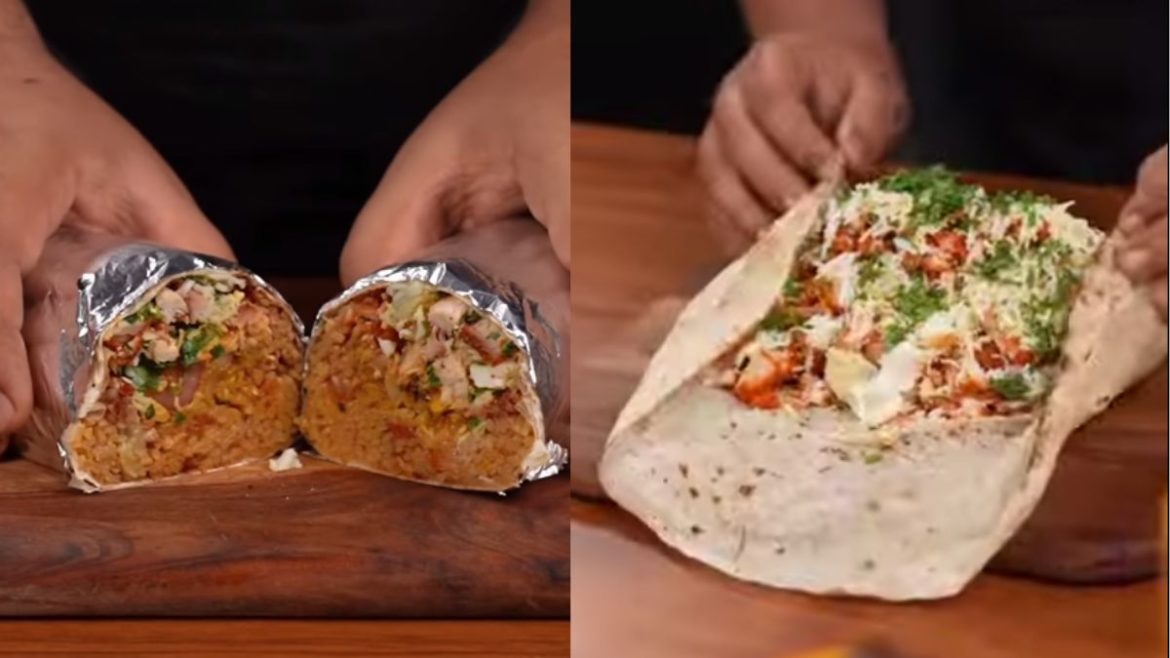 Biryani is one dish that is close to every Indian’s heart and Indians are very possessive about the authenticity of the particular dish. The one-pot rice dish with its aroma and flavor wins over every foodie. Biryani has numerous variations across the country, from Hyderabadi Biryani to Kolkata Biryani to Lucknow’s Awadhi Biryani among many others. However, have you ever heard of Biryani Burrito? Yes, you heard it right! On Friday, a recipe channel named ‘Cookd’ uploaded a reel on their Instagram that revealed a unique Biryani Burrito recipe that left foodies aghast. Biryani lovers took it to their heart to see a bizarre food combination of wrapping up the classic rice dish in a flour tortilla.

The recipe channel Cookd’s idea of giving Biryani a Mexican twist didn’t go well with foodies. On Friday, the channel uploaded a recipe reel for making a Biryani Burotto from scratch and uploaded it with the caption, “Biryani is everything.” Well, it is but we doubt if Biryani Burrito is everything! The video opens up to a bowl of yummy biryani. Then they show the chicken pieces being sliced and a flour tortilla is filled with the biryani from the bowl. The rice-filled tortilla is then topped with the chicken pieces, some gravy, onion, boiled egg, etc, wrapped up, and then put on a pan for a few minutes. Then the wrap is further wrapped in aluminum foil and cut in two. Well, and there you have the unique Biryani Burrito. Take a look:

As soon as the reel on the Biryani Burrito was uploaded, it caught a lot of attention. However, not everyone was happy with the Mexican twist. The Indo-Mexican Food Trend Didn’t go well with the desis and they started commenting about how no one should ruin the authenticity of the classic rice dish. “Authentic cuisine is only best… not all fusion turns out good… biryani should be eaten as biryani only… not with roti or tortilla as wrap,” one user commented while another added, “A big NOOOOOOOOOOOO.” Then another said, “Stop it guys the natural taste is taste don’t try to do this.” But the one comment that made us giggle was when a user wrote, “When you want to have chapati and biryani, but don’t have time.”