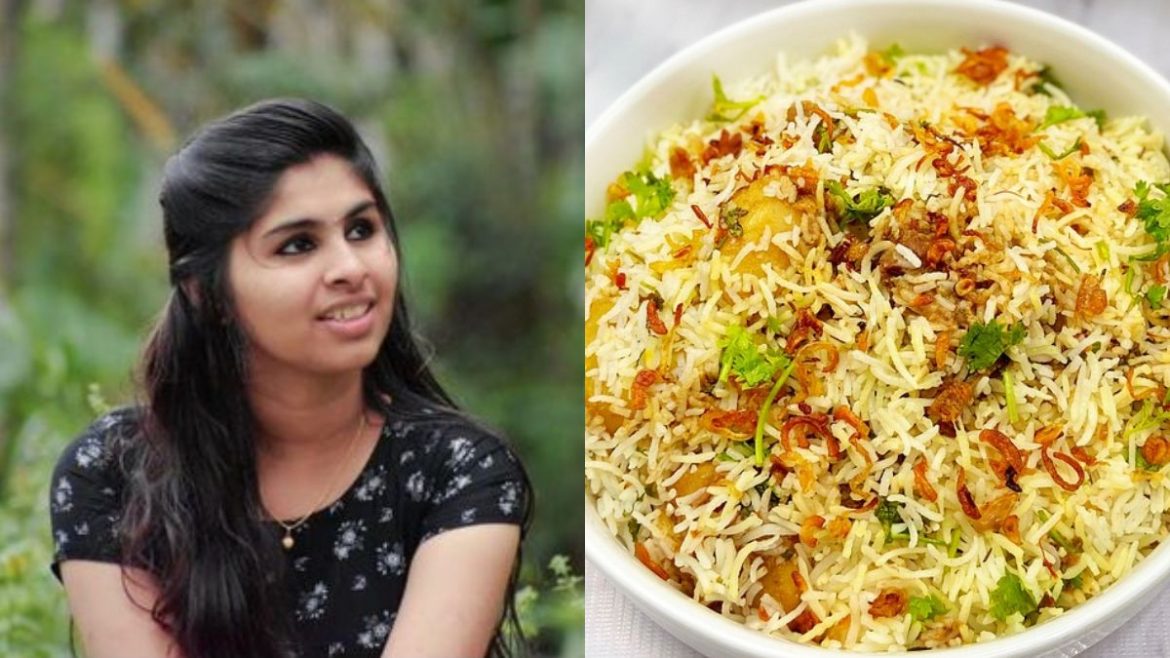 Cases of food poisoning are a frequent phenomenon and we often hear about people getting affected by food problems. In such a recent suspected case of food poisoning, a 20-year-old girl named Anju Sreeparvathy from Kerala lost her life on 7 January. The alleged news is that she ordered biryani from Romansia and she died after eating it. She placed an online order for Kuzhi Mandi from this local Kasaragod hotel on 31 December 2022. And ever since that day, Anju was under treatment.

The resident of the Perumbala village in Kasaragod, Anju suffered from food poisoning for about a week before taking her last breath on Saturday. The 20-year-old girl was also shifted to a hospital in Mangaluru for further treatment.  According to a report by The News Minute, police said that Anju’s parents filed a complaint and later a case has been registered as well. Now the next actions will be taken on account of the post-mortem report.

Also read: This Mother-Daughter From Kerala Started A Coconut Oil Brand From Farm-Fresh, Organic Products And Here&#8217;s How

What Steps Will Be Taken Further?

Veena George further shared that the license of the accused hotel will be cancelled under the Food Safety and Standards Act. And now on the basis of the post-mortem report, the next steps will be taken on the food poisoning case. The Food Safety Assistant Commissioner of Kasaragod also did an inspection of the restaurant. They found nothing inside and it was clean. Still, the officials sealed the Romansia restaurant.

Also read: For More Than 20 Years, This 72-Year-Old Farmer Has Been Preserving Over 50 Varieties Of Rice In Kerala. Kudos!

Just some days back, a nurse named Reshmi at the Kottayam Medical College allegedly lost her life after eating at a local restaurant in Kozhikode. She ate al faham and Kuzhi Manthi from the restaurant. The 33-year-old nurse had symptoms of food poisoning on 3 January. In fact, more than 20 people fell sick after they ate the same food from the restaurant.