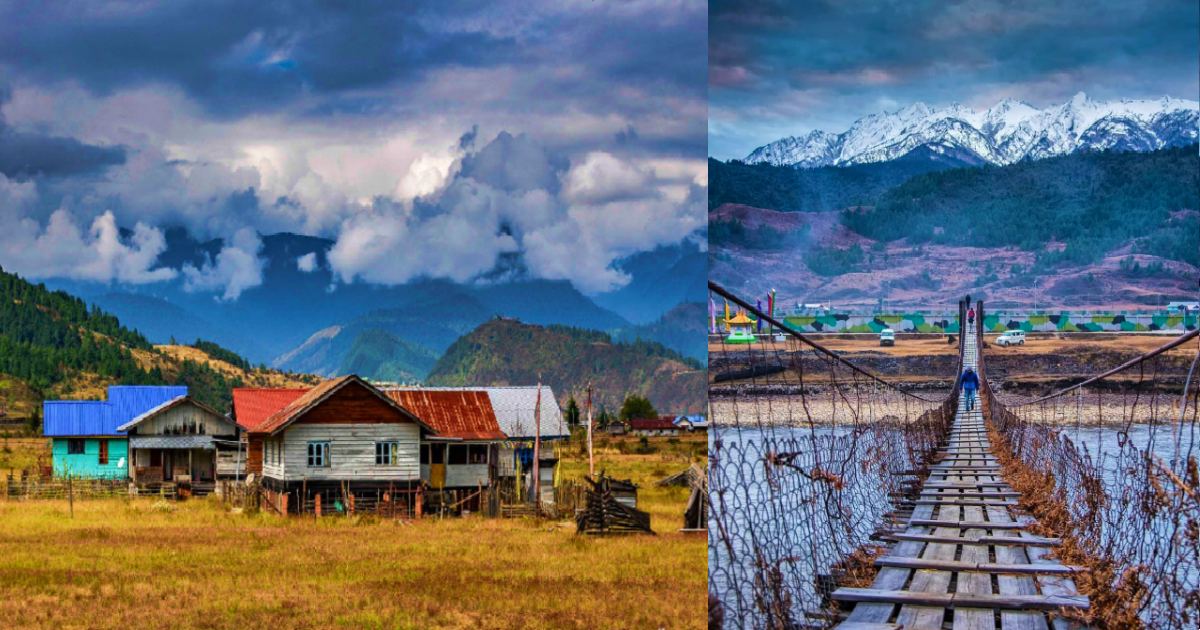 A forested valley, rolling brown mountains, alluring pines, thornbushes, a gurgling river and cascading waterfalls, all these put together define the serene hamlet of Mechukha or Menchukha in Arunachal Pradesh. Tucked around 6000 feet above sea level, the hamlet promises a picture-perfect life in the lap of the mountains. A hidden gem in North-East India, Mechukha lies in the West Siang District of Arunachal Pradesh and is around 29 kilometres from the Indo-China border. The quaint valley is home to the warm and friendly Memba, Ramo, Bokar, Ta gin and Lingbo tribes. 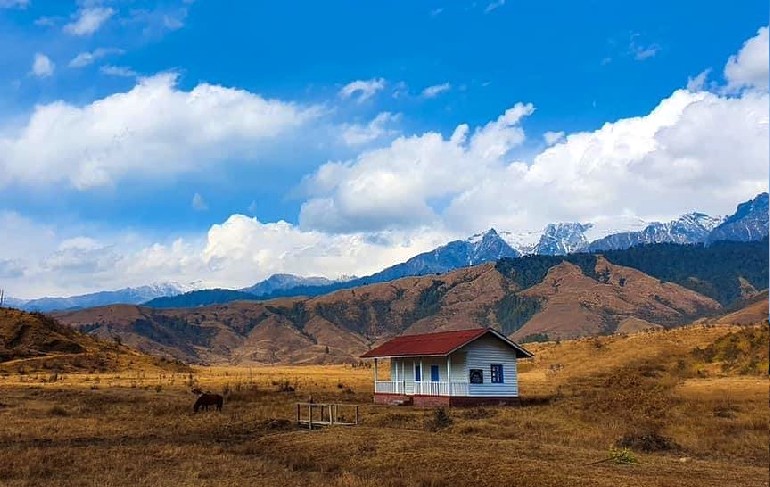 Get Lost In The Land Of Wildflower Meadows, Cottony Clouds And Bamboo Bridges

Think of a quiet place where there aren’t many people, but vast wildflower meadows and cottony clouds hovering over the mountains, where the air seems fresh and life seems simple. Mechukha is a tranquil paradise that is synonymous with the imagination of an artist. The word ‘Menchukha’ translates to ‘medicinal water of the snow’. 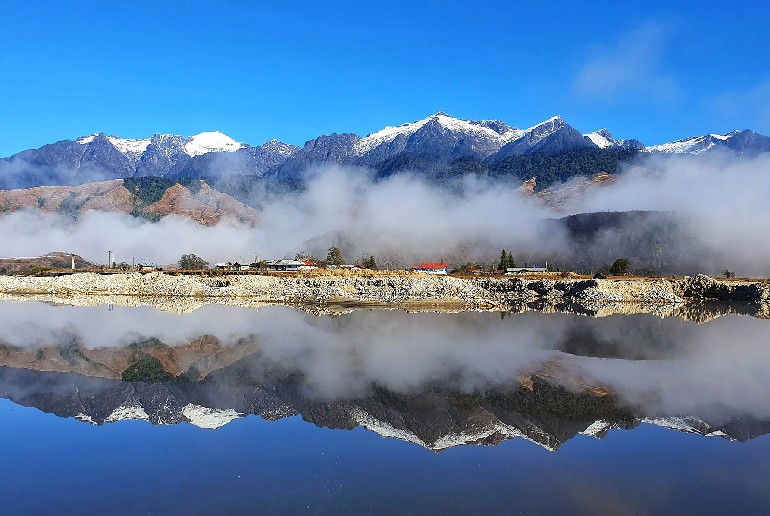 River Yargyapchu cuts through the valley, flanked by the woods and the charming meadows. Swaying bamboo bridges lie above the roaring rivers, connecting one bank to another. The skies remain breathtakingly blue here. At this valley, you can even spot horses running over the meadows. 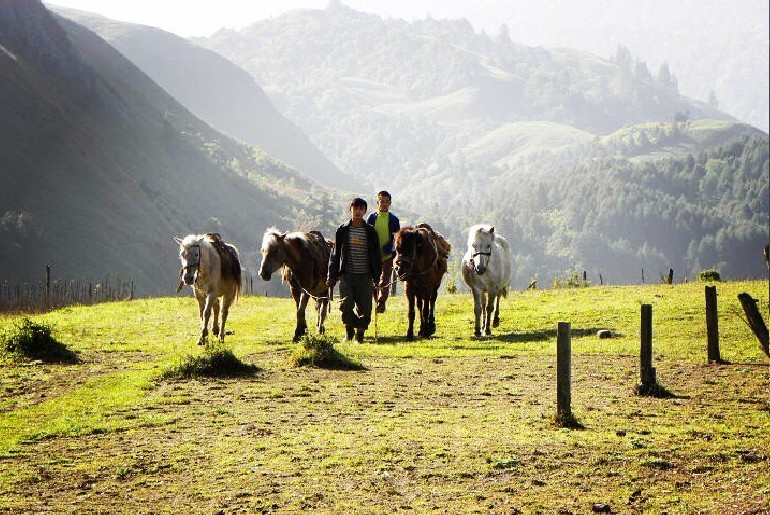 Also Read: Kriti Sanon Shares Her Fun Journey To Arunachal Pradesh & It Is Inspiring Us To Visit North East

One of the most prominent attractions in Mechukha is the 14th-century hilltop Buddhist Monastery, the Samsen Yongcha Monastery. The monastery has a spectacular golden statue of Lord Buddha, along with some marvellous sculptures and carvings. Also, one of the noteworthy celebrations of the valley is the Mechukha Adventure Festival. 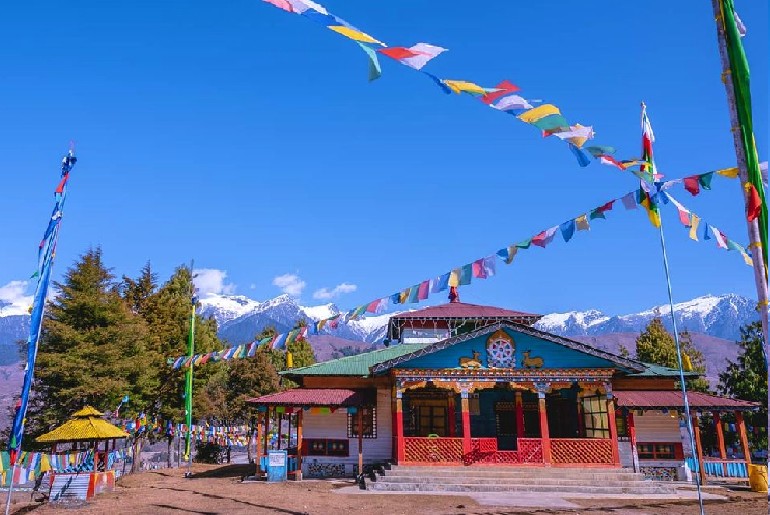 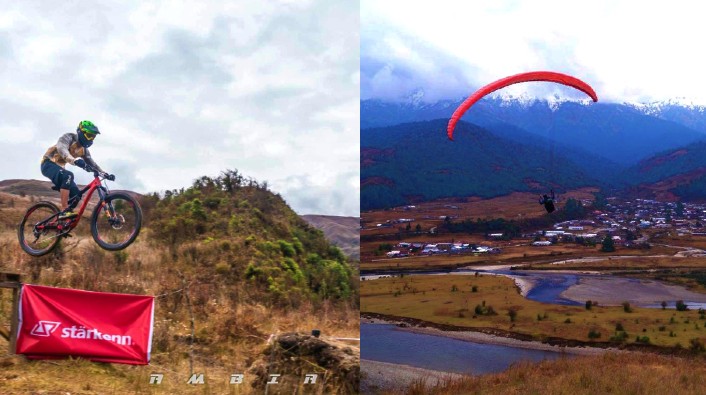 Also Read: 5 Reasons Why You Must Choose Ziro In Arunachal Pradesh Over The Scottish Pastures

At Mechukha, you can try your taste buds on a soothing millet beer called Chang and a rice beer called Sen Chang. To experience the austere yet comely way of living in the valley, you must stay with a local for a day or two. From breathtaking natural beauty, pleasing weather and serenity to the heartfelt cordiality of the locals, you’ll get to experience everything at Mechukha. So, bookmark this untouched Himalayan gataway to escape away when the situation is favourable.