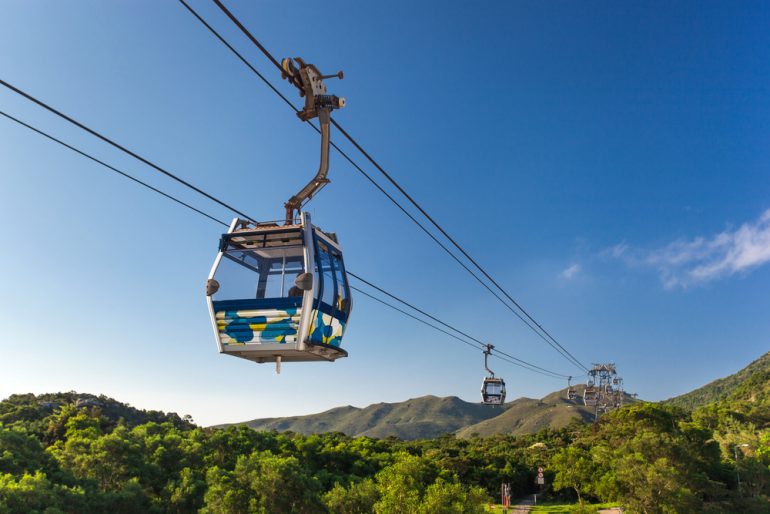 Passenger rope-ways are  being considered as the best solution by Nitin Gadkari, Union Minister of Road Transport and Highways, to counter traffic congestion.

Annually, India witnesses  22 percent growth in the automobile industry but rising  number of accidents and of course alarming levels of pollution  are becoming the biggest challenges for the country. In wake of such dire consequences ,  India is eyeing an alternative solution in form of passenger cable cars. According to government officials, the Center is planning to install cable cars across tier-I and tier-II cities. And do not mistake this for short distances , the plan is to really provide last mile connectivity to and from airports, metro stations and other public utility services. Indian arm of Austria-based Doppelmayr India Pvt Ltd -the world’s largest cable car manufacturing company will be taking this task upon themselves.  Reportedly, states can nominate their desired spots and a feasibility check will be done upon nominations. Uttarakhand has taken this seriously and  already nominated 14 spots. Tourism minister, of Uttarakhand said that pilgrimage places like Kedarnath and Yamanotri will soon have cable cars in operation apart from other hilly states like Jammu and Kashmir, Arunachal Pradesh and Assam.

Even clustered  parts of Delhi like Chandni Chowk will be made accessible through cable cars . We know all this sounds too good to be true but the first step towards it has already been taken. State-owned Wapcos Ltd on November 5 signed an MoU with Austria-based  cable car manufacturers Doppelmayr to start passenger rope-ways  in India. But the question still remains , exactly when do we see this manifest? Well for starters it has definitely sparked a vision and excitement in us. At least we can wait in anticipation, hoping for this to fructify!