Remember That Cockroach In Vistara Meal? Turns Out It Was Dried Ginger 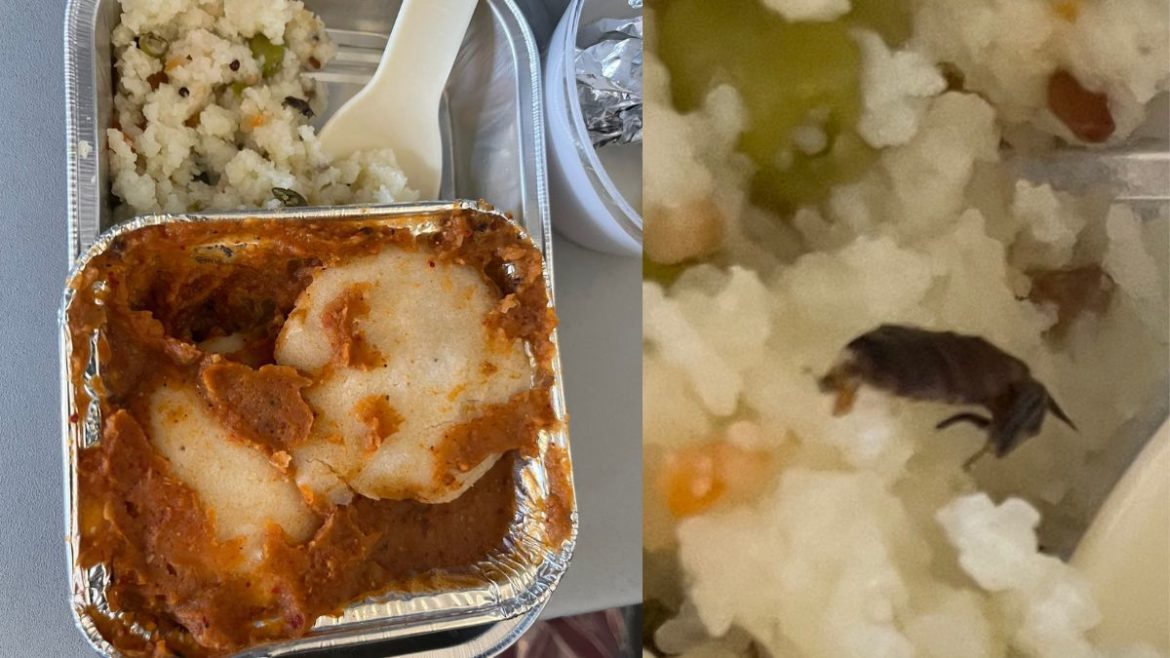 Would you take a sauteed ginger for a cockroach? Well, a passenger of Air Vistara recently claimed that his vegetarian meal onboard had an unwanted animal product: a dead cockroach. Sounds weird right? However, Vistara claims it was just sautéed ginger. They have come to this conclusion after getting test results from the laboratory on the same. Read on to know the whole story involving the dead cockroach.

Recently Twitter user Nikul Solanki posted two pictures on his sns handle. One was including a close-up, of his breakfast of idli sambar and upma on his Air Vistara flight from Mumbai to Bangkok on August 31, 2022. However, he claims his food had a cockroach in it. The picture reveals the same.

Vistara quickly took to the reply section of his tweet and wrote, “Hello Nikul, all our meals are prepared keeping the highest standards of quality in mind. Please send us your flight details over DM so we can look into the matter and address it at the earliest. Thank you.” Take a look:

After the cockroach incident, Vistara got back to the passenger again on October 15th, 2022. The airline took to Twitter and wrote, “Hello Nikul, we’d like to clear the air regarding the meal that was served to you on your flight with us dated 31 st Aug from Mumbai to Bangkok. The sample was sent to the laboratory and thoroughly tested. Based on the reports, we can confirm that no foreign object/insect was found in the particular meal sample. The object in question was evaluated under a microscope and was found to be a piece of sautéed ginger. We have already shared the above findings to your email addressed to us on 14th Sep. We at Vistara leave no stone unturned in ensuring that the highest standards of safety and services are upheld. -Team Vistara”

Well, whatever be it, we hope it wasn’t a cockroach! What do you think it was – ginger or cockroach? Do let us know in the comment section below!