Delhi Airport Shuts Operations At Terminal-2; All Flights To Operate From T3

To curb the spread of COVID-19, the Indira Gandhi International Airport (IGIA), New Delhi had introduced various measures like contactless check-in, provision of sanitizer and protective gears, alternative seating facilities, etc. Now, the airport has launched one more system, a passenger tracking system or PTS at Terminal 3 to effectively manage the crowd amid the pandemic. This new system will assist in better management of passenger flow. It will also help in reducing waiting time while ensuring social distancing. A queue management system called Xovis PTS has been introduced in the terminal. Xovis PTS will display the waiting time in real-time at various points, on the screens. Now, Delhi airport has shut T2 terminal from May 17, midnight. This is due to a low number of flights flying from there. Starting from May 17, midnight all flights will operate from the T3 terminal of the airport.  IGI Airport had also become the most eco-friendly airport in the Asia Pacific region with very low carbon emissions.

Delhi airport has recently introduced a system called passenger tracking system or PTS at Terminal 3 to manage crowd flow efficiently in the wake of the COVID-19 pandemic. The system will anonymously count and track passengers. The sensors on the ceiling will help in the tracking process. With the help of the sensors, the operators can retrieve valuable information like process time, waiting time and passenger throughput. In this way, they will be able to speedily identify the crowded zones and take actions. The PTS screens are there at the security check, the check-in hall, the arrival pier junction and other locations. One can also avail COVID testing facility at Delhi airport by paying ₹2,400. 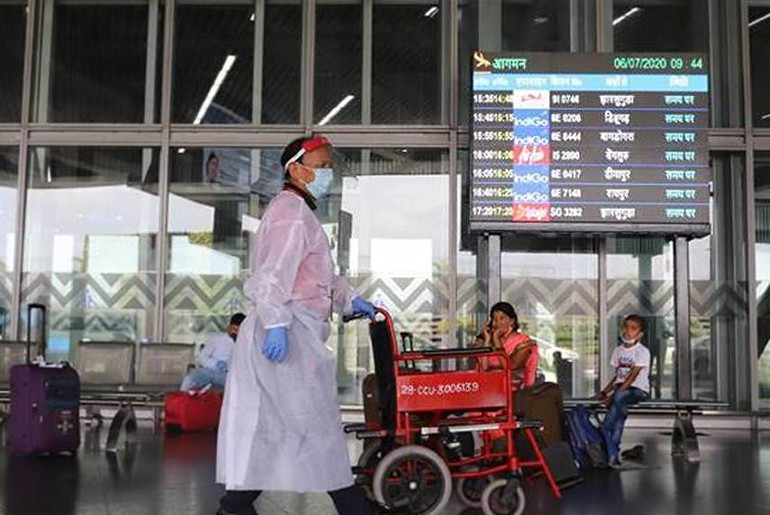 According to a Hindustan Times report, a press release by Delhi International Airport Limited (DIAL) has stated, “The Xovis passenger tracking system (PTS), a queue management system, displays live waiting time, taken at various processes like check-in, security check etc., on screens put up at various places.” The installation of the Xovis PTS took place after successful trials. The DIAL statement has added that Xovis PTS will “ensure better management of passenger flow and adherence to social distancing norms as a part of Covid-19 protocol”. 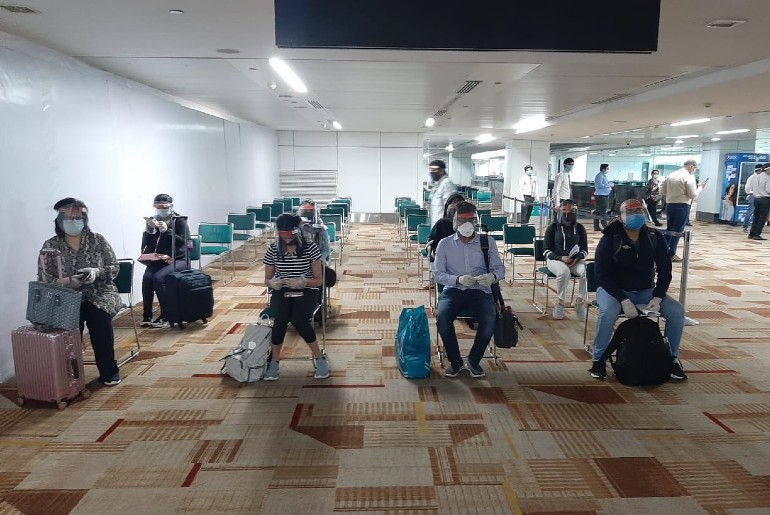 As flight operations are now lesser as compared to the pre-pandemic period, aircraft movements are being handled by only at Terminal 2 and Terminal 3. The passenger flow has increased significantly in the airport after the reopening of domestic flight operations on May 25, 2020. Meanwhile, here’s a first-hand air travel experience from Mumbai to Delhi during the pandemic:

US To Allow Indian Travellers From November 8;...