Delhi Gets Its First Batch Of Ambulance Bikes 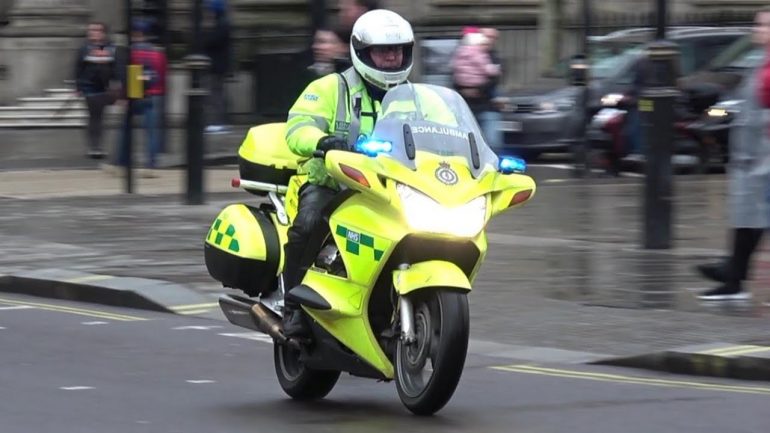 Delhi’s first ambulance bike batch is being dispatched along with ambulance vans for congested areas.

16 ambulance bikes were launched recently in Delhi to provide first aid to those in need of emergency care in the congested areas of East, Northeast Delhi and Shahdara.

According to Chief Minister Arvind Kejriwal, the ambulance vans are unable to get into the small lanes and bylanes. These bike ambulances are able to navigate through the traffic easily and reach the destination faster. 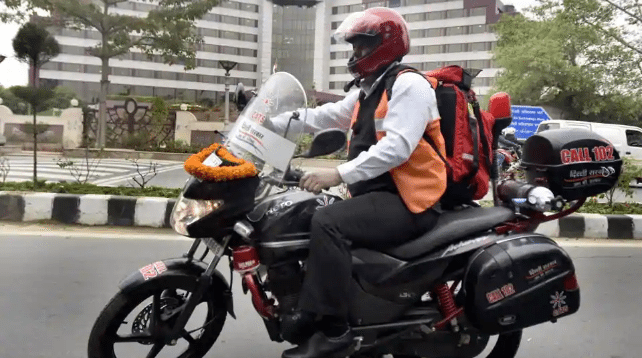 The motorcycle ambulances will be dispatched along with ambulance vans. The service is expected to fasten the procedure and response time of the medical teams.

The response time will be down to 10 minutes from the average of 20 minutes across Delhi. From now, whenever there’s a distress call on the 102 emergency number from the congested neighbourhoods, the bikes would be dispatched along with the ambulances so that the paramedics can attend to the patient before the ambulance gets there. 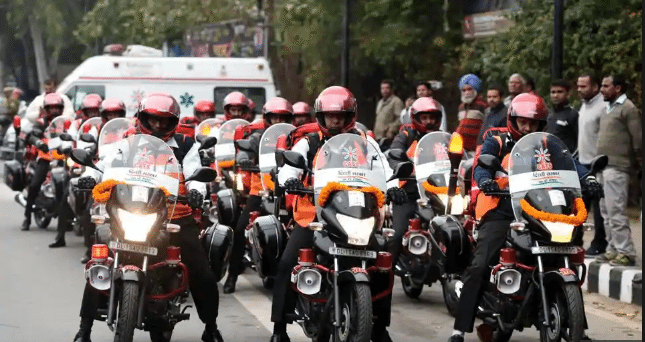 The ambulance bikes will come with medical kits that will contain air-splints to immobilise joints, ambu bag for assisted breathing, glucometer and pulse oximeter to check the patient’s blood glucose and oxygen saturation levels, manual suction machine to clear airway, and foldable transfer sheets that can be used to move patients through a narrow stairwell or lane to the ambulance. 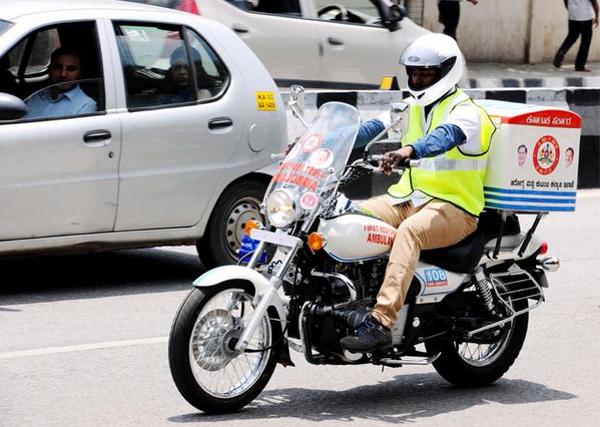 The motorcycles are equipped with three beacons – two in the front and one at the rear – a siren and GPS-enabled tablet. These vehicles are going to be helpful in cases of heart attack, choking, accidents where the paramedics will be able to give some aid using ambu bags.