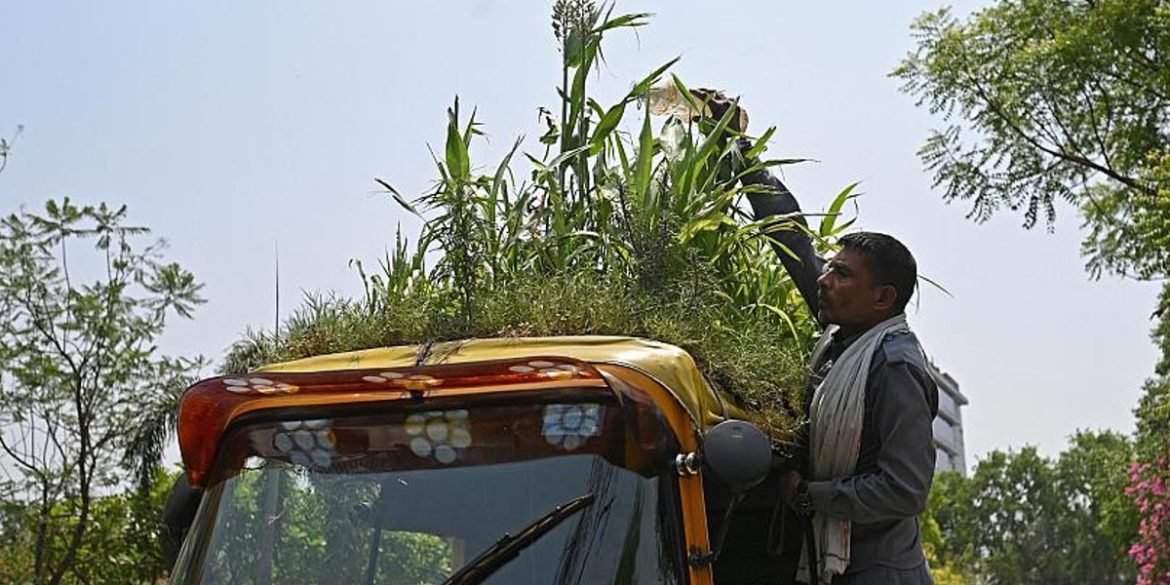 India is facing one of the hottest years on record. With temperatures in New Delhi exceeding 45 degrees celsius in recent weeks, this heatwave has certainly got Delhiites sweating profusely. In fact, in March, India recorded its highest average maximum temperature in 122 years. During such times, one auto-rickshaw driver in Delhi came up with an innovative solution to beat the heat. Read on to know more.

48-year-old auto-rickshaw driver Mahendra Kumar decided to beat the Delhi heat with a green solution. The rickshaw driver decided to grow plants on the roof of his rickshaw to keep his auto cool and give relief to his passengers. The freshly grown plants will act as a natural AC. Mahendra Kumar thus grew over 20 varieties of crops, flowers and shrubs on the rooftop of his auto rickshaw. The green plants on the roof look like a green hat on the auto.

Yellow and green auto-rickshaws are ubiquitous on New Delhi's roads but Mahendra Kumar's vehicle stands out — it has a garden on its roof aimed at keeping passengers cool during the searing summer season pic.twitter.com/9DIYv7lVR2

Moreover, Kumar doesn’t just grow ornamental flowers on his auto-rickshaw rooftop. He also grows tomatoes, millets and lettuce on his auto rickshaw. He waters his garden on wheels twice a day to ensure they stay fresh, green and healthy. Mahendra Kumar revealed to AFP that his passengers are often very happy to hitch a ride in his auto and even end up paying him 10 to 20 bucks extra. Mahendra has not only created a storm on social media but also inspired other rickshaw drivers to come up with innovative solutions to add the x-factor to their services.