Delhiites Can Get A Whole Meal For Lunch Under ₹500 At Foxtrot Khan Market!

Banana blueberry pancakes and Dal Makhani; max relax velvet couches and slim black chairs; what’s going on? Foxtrot in Khan Market is a new coffee and cocktail bar. All our dreams have finally come true. This restaurant chain is India’s first ‘Hybrid Café’, in their own words. The only way to explain the vibe is that it reminds us of a luxury loft. We used to think those are contradictory, but Foxtrot has proved us wrong. This is a casual dining place coming to us from Bangalore. It’s inspired by the hybrid culture of crossbreed cafés in Berlin and Amsterdam. Finally, Delhi has one place it can spend all day at. Start with the best brews of amazing coffee and once the sun sets, it’s time to kick off your shoes and kick in the cocktails, all without moving an inch. By the way, if you’re looking for Delhi’s iconic coffee places, Indian Coffee House In Delhi Still Serves The Tastiest Coffee For ₹36!

This dream destination is running Lunch Trays for the workaholics at Khan Market. Hey! Shopping is work too. Let’s face it. We’re always rushing. It’s the city! When we think of slowing down or taking a break, it’s vacay time. We’re OTT like that and we like it. Gone are the days when a quick meal means a sandwich on the go. We deserve better and Foxtrot agrees. It has come up with Lunch Trays that have mains, sides and desserts for every palette and every budget. No need to spend a bomb, [money and time,] to get a satisfying meal when you already have your daily tasks on your plate. They have regional and global meals for one, depending on whether you’re feeling homesick or ambitious. All this under ₹500! 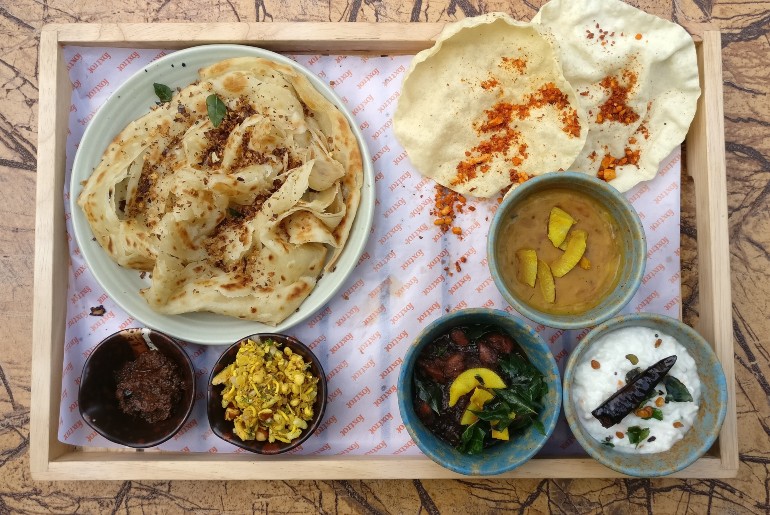 There are 8 versions of Lunch Trays at Foxtrot for the most in depth experience of their menu. You can go ‘Bhatinda’ or ‘Madurai,’ or be a true Delhiite and have Chaat and Maa Ki Dal on their ‘Delhi’ tray. The next time you visit, which you surely will, you can compare the ‘Delhi’ to the ‘Bombay’. It serves Chaupati’s pav bhaji without the air fare. The other thing Delhi can’t live without is momos and that’s where ‘Nepal and Tibet’ come in. Of course, ‘Hyderabad’ Biryani is on the menu. If they were going to do Delhi’s favourite food, then they couldn’t leave Italian out now, could they? Rome and Sicily have moved to Foxtrot, and bearing gifts no less. ‘Rome’ brought us pastas in every sauce and size. While we’ve been having this talk, Sicily’s been baking pizza after pizza. 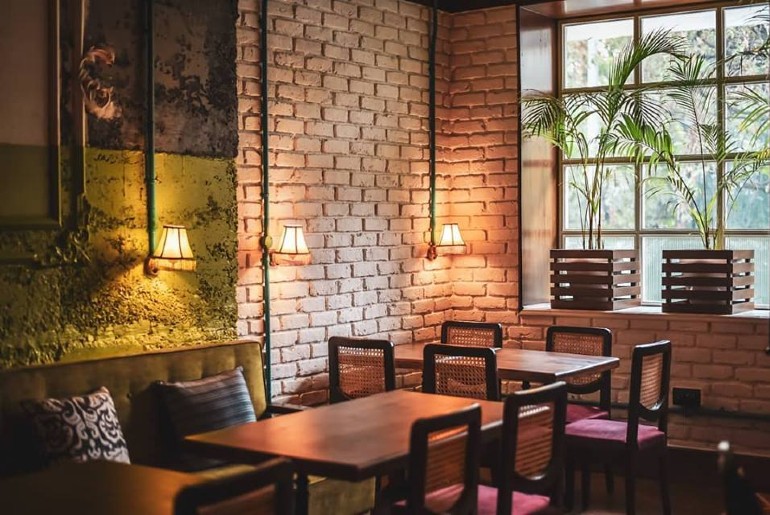 The point of these Lunch Trays at Foxtrot is to serve favourites, food that no one criticize, food that feels like home, food that means you’ve got what you needed for the day. You have four days a week from Monday to Thursday between noon and 4 PM to try these 8 lavish Lunch Trays. After two weeks you’ll know which one is going with you to the grave.

Where: Khan Market and CyberHub