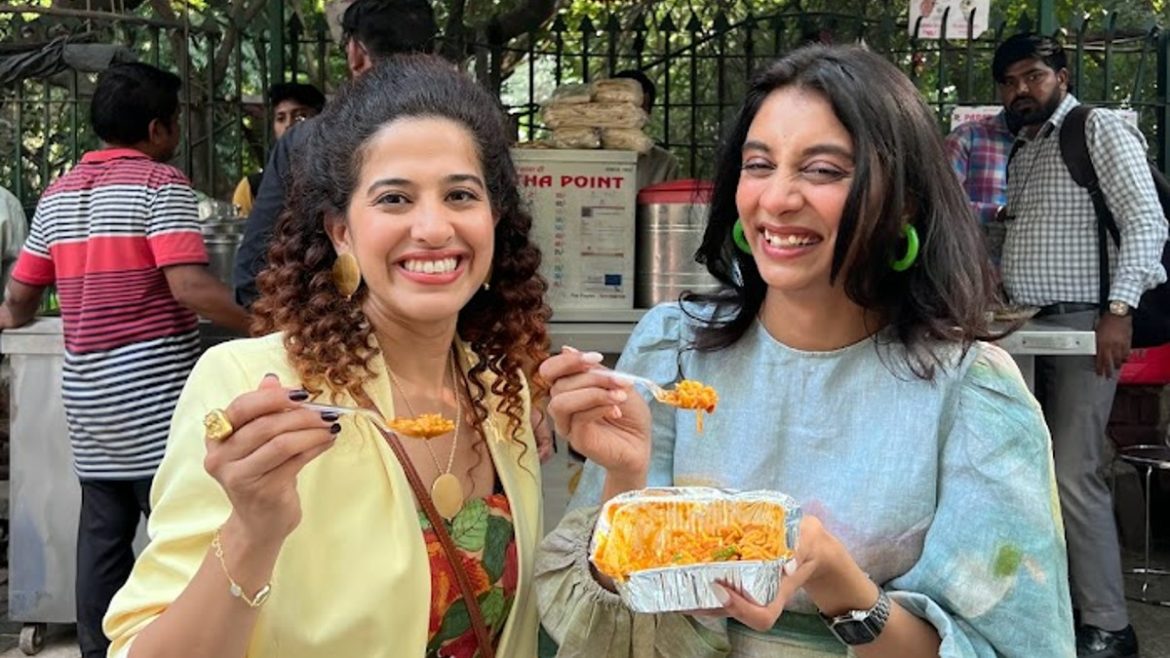 There can be only one ‘Raju ki mummy’ and that’s Dolly Singh. The influencer has wowed her fans with her hilarious, fun and fashionable content. Her relatable videos revolving around Delhiites will always leave you laughing like there’s no tomorrow. On the latest episode of Tere Gully Mein, Curly Tales Editor-In-Chief, Kamiya Jani explored the streets of South Delhi with Dolly Singh. Read on to know all about this fun meet and greet.

Dolly Singh and Kamiya Jani first started their Delhi hopping with Dolly’s favourite Rajma-Chawal joint. Nestled near the National Institute of Fashion Technology (NIFT), R. Paratha Point was Dolly’s go-to street food joint during her college days in Delhi. As she ordered herself a bowl of Rajma Chawal she got flashbacks of her college days. 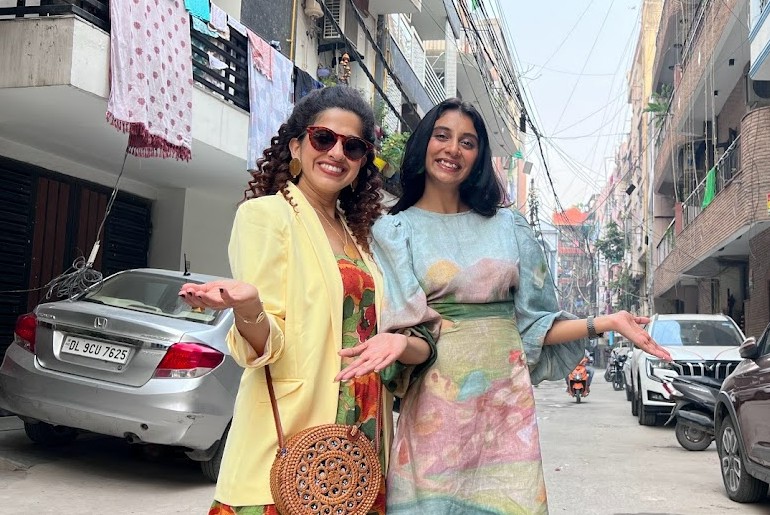 Interestingly, in this Tere Gully Mein episode, Dolly admitted to loving Rajma Chawal from R. Paratha Point so much, that she ate it four times a week. The influencer loves the special pickle served at the fast food stall. She always asks for extra pickles. In fact, right in front of the camera, Dolly asked the vendor to pack some of their pickles to take home.

Also Read: Here’s How To Make The Most Delicious Rajma Chawal At Home

It’s heartwarming to see Kamiya trying out Dolly’s personal favourite Rajma Chawal and falling in love with it too. After all, we have to laud Dolly’s food choices. Moreover, the social media celebrity also introduced Kamiya to her favourite biryani point and took her shopping in the Janpath market. To know all about their Delhi street adventures, watch the Tere Gully Mein episode now.

Well, folks, this Tere Gully Mein episode with Dolly Singh is one filled with laughter, fun and food. You wouldn’t want to miss out on this for the world. So, if you’ve watched this, let us know what you think in the comments below.