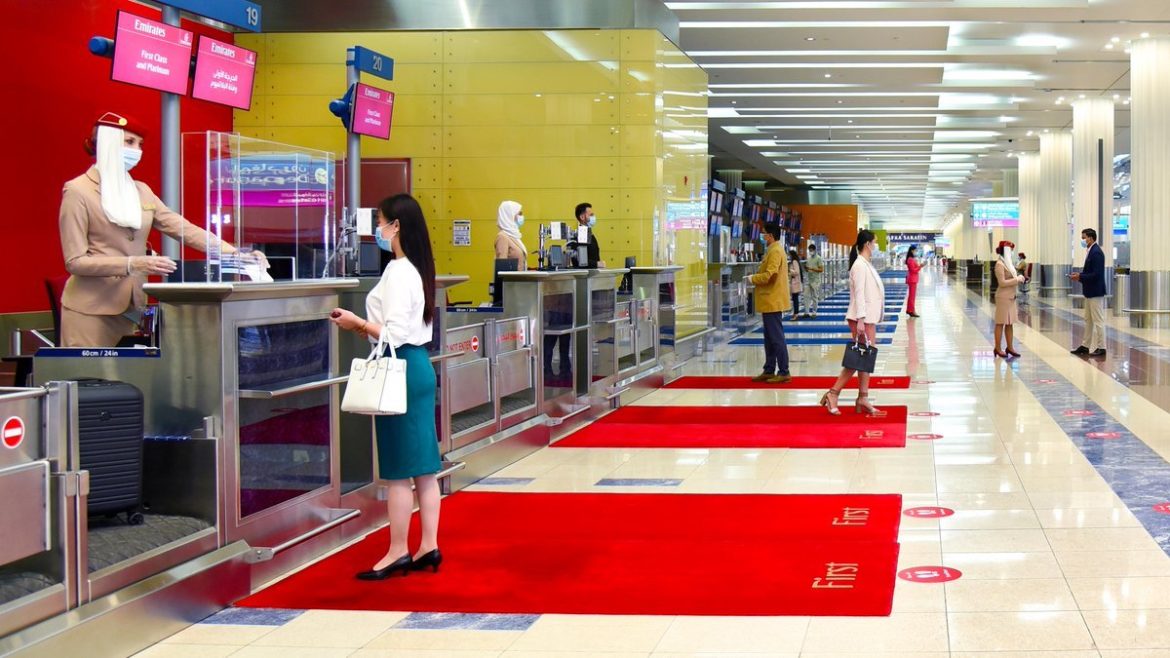 They say that the airports have witnessed some genuine praying hands, cries and laughter. But what if we tell you recently the airport was witness to a miracle. An Ethiopian woman gave birth to her baby at Dubai airport. She was waiting for her flight when she went into labour. Dubai Airport was very well equipped with paramedics to handle the situation.

Pregnant Traveller Was About To Fly Ethiopia Via Dubai Airport

A pregnant tourist was supposedly rescued by police and emergency services. After arriving from Riyadh, Saudi Arabia, the mother was transiting via Dubai Aiport with her three children. That’s when she noticed a surprise arrival was on its way. While she was being escorted to the hospital to give delivery, an ambulance crew at the airport promptly came to her aid, and police soothed her fears for her children’s safety. After the woman’s airport incident, authorities followed up with her to assure she had a safe trip home following her travel arrangements were accordingly rescheduled.

Not The First Airport Birth Of A Child

This was definitely not the first such instance that occurred at Dubai airport. Emergency services are always on high alert for certain situations. Hence when the alarm went off the aid came quickly to help the woman in pain.
In March another mother in Ajman delivered her daughter while being rushed to hospital in an ambulance.
The woman went into labour and requested assistance from National Ambulance. Two ambulances were immediately dispatched to her home in the Al Rumaila neighbourhood of the Emirate. However, on the route to Sheikh Khalifa Hospital, the woman had terrible labour pains.

With the assistance of the emergency medical personnel in the truck, she delivered a baby successfully.
After being transferred to the hospital, both the mother and the baby were well. Members of the public are always advised to dial 998 in emergency situations.